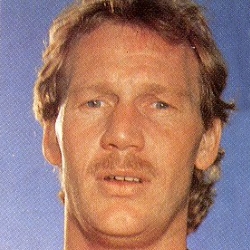 Gijs was a former Dutch Under-21 international defender who began his career with AZ Alkmaar and had spells with Den Bosch and FC Utrecht in his home country before United surprisingly signed the unknown defender/midfielder in October 1990 for a reported £100,000. He made his debut against Dunfermline five days later, but the match was abandoned in the second half due to heavy rain, and in the rematch four days later he scored the second goal in a 3-0 victory.

He was frequently in the line-up for a short time, but by January he was more often in the reserves, playing only four League matches in the second half of the campaign. When pre-season training began in July 1991, the player was absent and was training at his old club. Late in 1991 he went on trial with Dutch side Heracles without United's permission, but no action was taken, and he signed for them for £75,000 soon after. He later played for another Dutch club, Go Ahead Eagles.