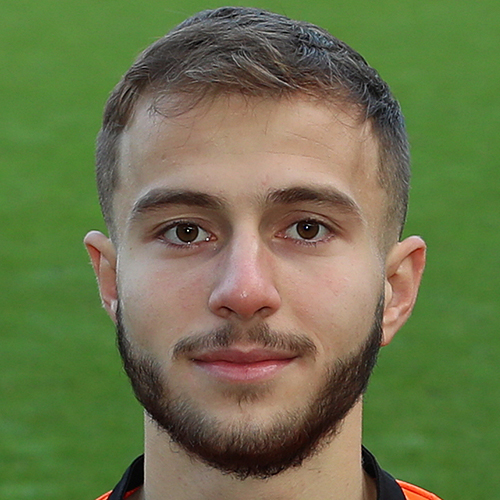 Born in Manchester to Kosovan parents, Flo joined Rochdale's youth academy at the age of 10 and played through the ranks of their youth system before signing his first professional form at the end of the 2018-19 season. He made his professional debut that same season, competing in the EFL Trophy.

Following a trial period in 2020, 19 year old Flo signed with United in September, joining on a two year deal. Shortly after the start of the delayed 2020-21 campaign, he joined Forfar Athletic on loan, before returning to United in January to eventually make his debut in April during the post-split fixtures.