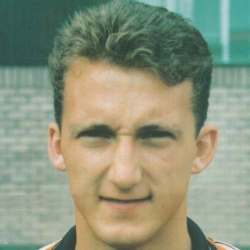 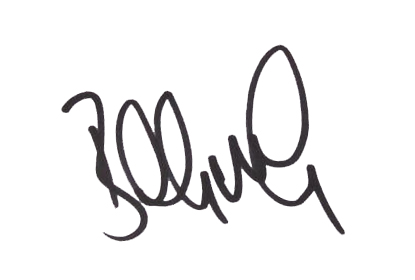 Billy was a schoolboy international who joined United on an 'S' form in March 1984 whilst he was with Hamilton Thistle. Within eighteen months he had signed a professional contract, playing regularly in United’s reserves and was part of the Scotland Under-16 squad. An attacking midfielder, he made his debut aged 17 against Hibs at Tannadice in November 1986, and four days later impressed greatly in a UEFA Cup game against Hajduk Split - a match in United's famous run to the UEFA Cup final that season.

Having been a member of the Scotland youth squad, he progressed to Under-21 level during the 1987-88 season and received widespread praise having appeared in the Scottish Cup final against Celtic at Hampden, collecting a runners-up medal. Now a regular in the United starting eleven, Billy was voted the SPFA Young player of the year for the 1988-89 season.

With interest from Chelsea and Coventry City, the midfielder had a transfer request denied by the club, and manager Jim McLean dropped the talented youngster for a spell after a dip in form. However, he fought his way back into the first team, and became a Scotland B international in March 1990 with a substitute appearance against Yugoslavia at Fir Park. He was called up to Andy Roxburgh's Scotland squad for a European Championship qualifier against Switzerland in October 1990, but he would have to wait a bit longer for his international debut. By the end of that season, he had helped United reach the 1991 Scottish Cup final, where United lost out in a classic match, with McKinlay picking up his second runners-up medal.

Just as he looked to be hitting peak form, a broken leg in December 1991 kept him sidelined for the rest of that season, but he was soon back in his usual berth. He then went on to have his best spell at United, and in November 1993 he made his full Scotland debut against Malta. He was an important part of the team in United's run to the Scottish Cup final, scoring in earlier rounds against Arbroath and Airdrie. He played in every match except the final itself, missing out due to suspension after a yellow card at Fir Park a few weeks before the match at Hampden.

During the 1994-95 season, there were many rumoured bids and interest from several English clubs including Aston Villa, Everton and Manchester City, and after United were relegated from the Premier Division, that interest intensified. He made 14 appearances for Scotland during his time at Tannadice, the last two as a First Division player - making him one of only three players from that division to play at full international level for Scotland since 1975. In September 1995 he turned down a move to Celtic and then signed for Blackburn Rovers for a fee reported at £1.75m - his parting gift to United fans being a memorable hat-trick in a 3-2 win over Dundee at Dens Park.

He became a regular fixture in the Scotland squad following his move, going on to make appearances in Euro 1996 in England and the 1998 World Cup finals in France. He went on to have a successful career in England, spending five years with Blackburn Rovers, which included a short period on loan at Leicester City, and then time at Bradford city from November 2000. He later played with Preston North End, Clydebank, and Leicester City for a second time, helping the Foxes win promotion to the Premiership in 2003. He then moved to Fulham where he became reserve team manager. In 2012 he became Northern Ireland assistant manager, and later had spells as Watford first-team coach, assistant coach at Real Sociedad, manager at Norwegian side Stabæk Fotball, and coach at Sunderland and West Ham United under David Moyes 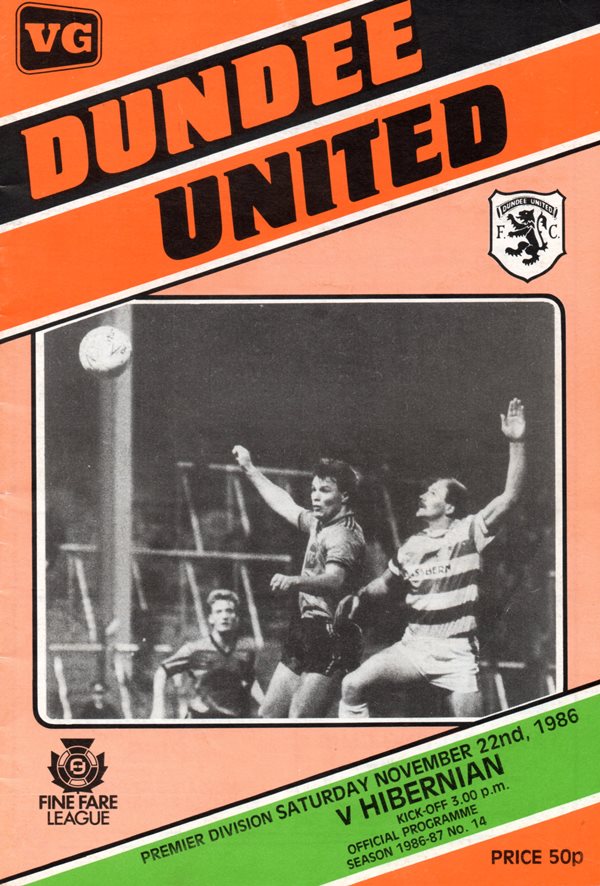 Billy McKinlay represented Scotland at Under-21 and B international level before making his full debut against Malta in November 1993, scoring in a 2-0 victory. His third cap saw another goal, with a memorable winner against Austria in Vienna. He went on to play in seven Euro '96 qualifiers, scoring twice with both goals coming in separate matches against the Faroe Islands. After United's relegation in 1995, McKinlay became one of only three players since 1975 to win international honours whilst playing in the First Division. After winning 14 caps during his time at Tannadice, McKinlay went on to play another 15 times for Scotland as a Blackburn Rovers player, including an appearance in the 1996 European Championships against the Netherlands, and a substitute appearance in the opening match of the 1998 World Cup finals against Brazil, replacing former Tannadice teammate Christian Dailly.