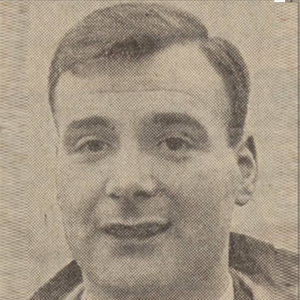 Jerry was a former Armadale, Motherwell, Alloa Athletic and St Bernard’s player who joined United in season 1939-40. Following the outbreak of WW2 he remained with United throughout the season missing just a handful of games.

Jerry is of course, much better known for making his mark at United as Manager. He took the job in July 1959 and within a year he had led the Club from the depths of the Second Division to promotion into the top flight. He remained in charge for twelve years during which time he transformed United into an established First Division side. More than thirty years later the Club recognised the huge contribution Jerry had made when they renamed the south stand the Jerry Kerr Stand.