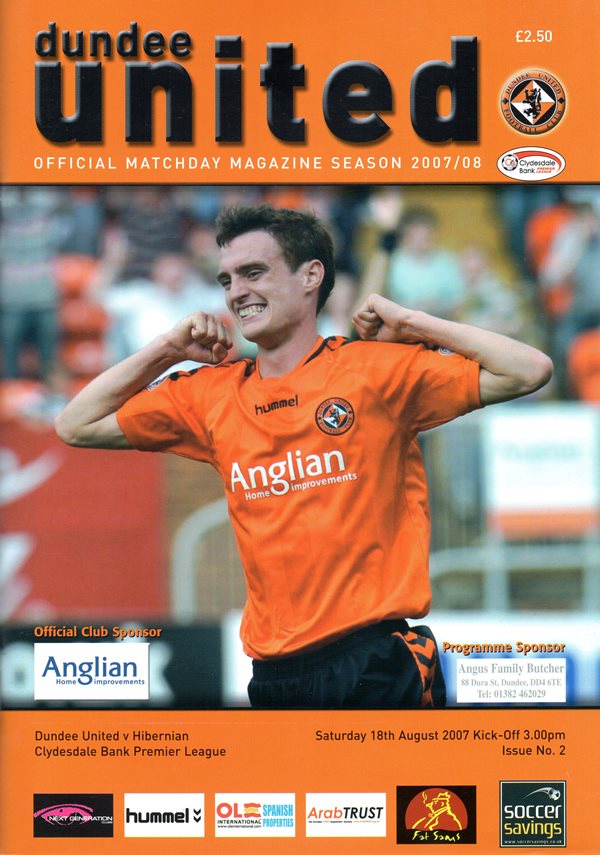 United started the game brightly and had an early opportunity with a Robson free-kick on four minutes, but he curled his effort just wide. Then in the tenth minute, Hunt won the ball out wide and crossed. The ball broke to Wilkie at the edge of the box, but his shot went over.

United began to take control of the midfield and Robson picked the ball up and carried it forward to hit a fierce effort that was tipped round the post by Hibs keeper Makalambay. A minute later, Robson curled a 25-yarder just past the post.

Hibs then came more into the game and had the best chance of the first half when Szamotulski scuffed a clearance straight to Zemmama, but the United keeper recovered to make the save.

Just before half-time, a cross from Hunt on the right found Wilkie at the back post, but he headed over.

In the second half, the game started to open up. Flood won a free-kick 25 yards out, which was taken by Robson, but Makalambay parried it to safety. On the hour mark United broke forward again and a cross from Kalvenes evaded the Hibs keeper, but with the goal at this mercy, Flood volleyed wide.

Hibs then hit back on the counter. Beuzelin played Kerr in on the right and his effort across goal was almost turned into his own goal by Wilkie, but thankfully for United the ball came back of the bar and was eventually cleared.

On 66 minutes, Hibs broke clear again with Fletcher. He squared the ball to substitute Benjelloun but diving to his left, Szamotulski made another great save.

A couple of minutes later, a scramble in the United box saw Benjelloun fire the ball into the net but thankfully for the home side, the goal was ruled out for offside.

The United midfield then began to take control. On 69 minutes. Prince Buaben struck a 30-yarder that was easily saved. A minute later, a scramble in the Hibs penalty area saw the ball break to Hunt, but his attempt to force the ball home was cleared by Stevenson.

Szamotulski was forced into action again when Kerr was played in on the right. After saving the first effort, the keeper managed to save the rebound as well. Szamotulski’s man-of-the-match performance was rounded off with another save from Benjelloun on 78 minutes.

United could have won it late on when another dangerous cross from Kalvenes found Hunt, but his glancing header was acrobatically saved by the Hibs goalie.