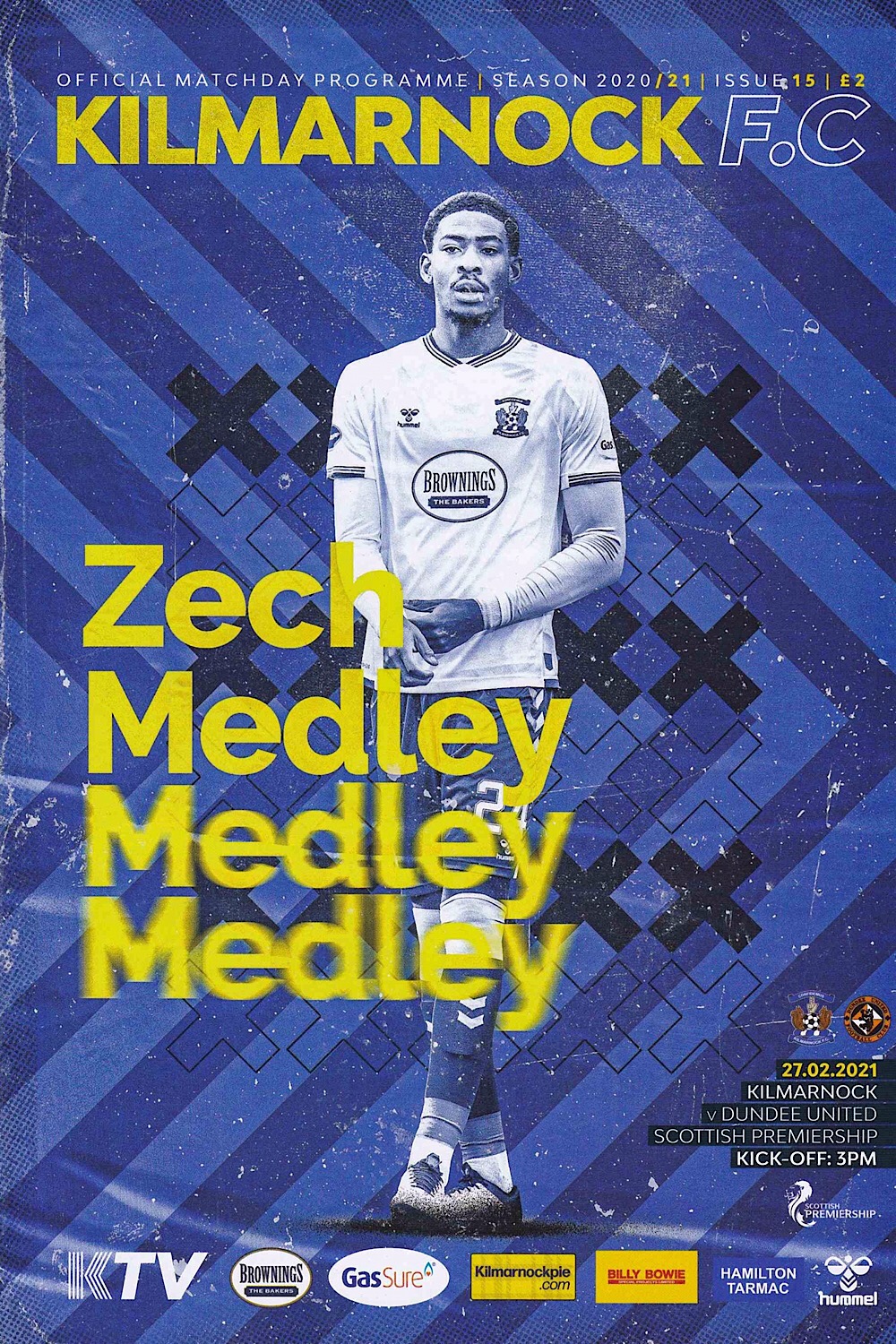 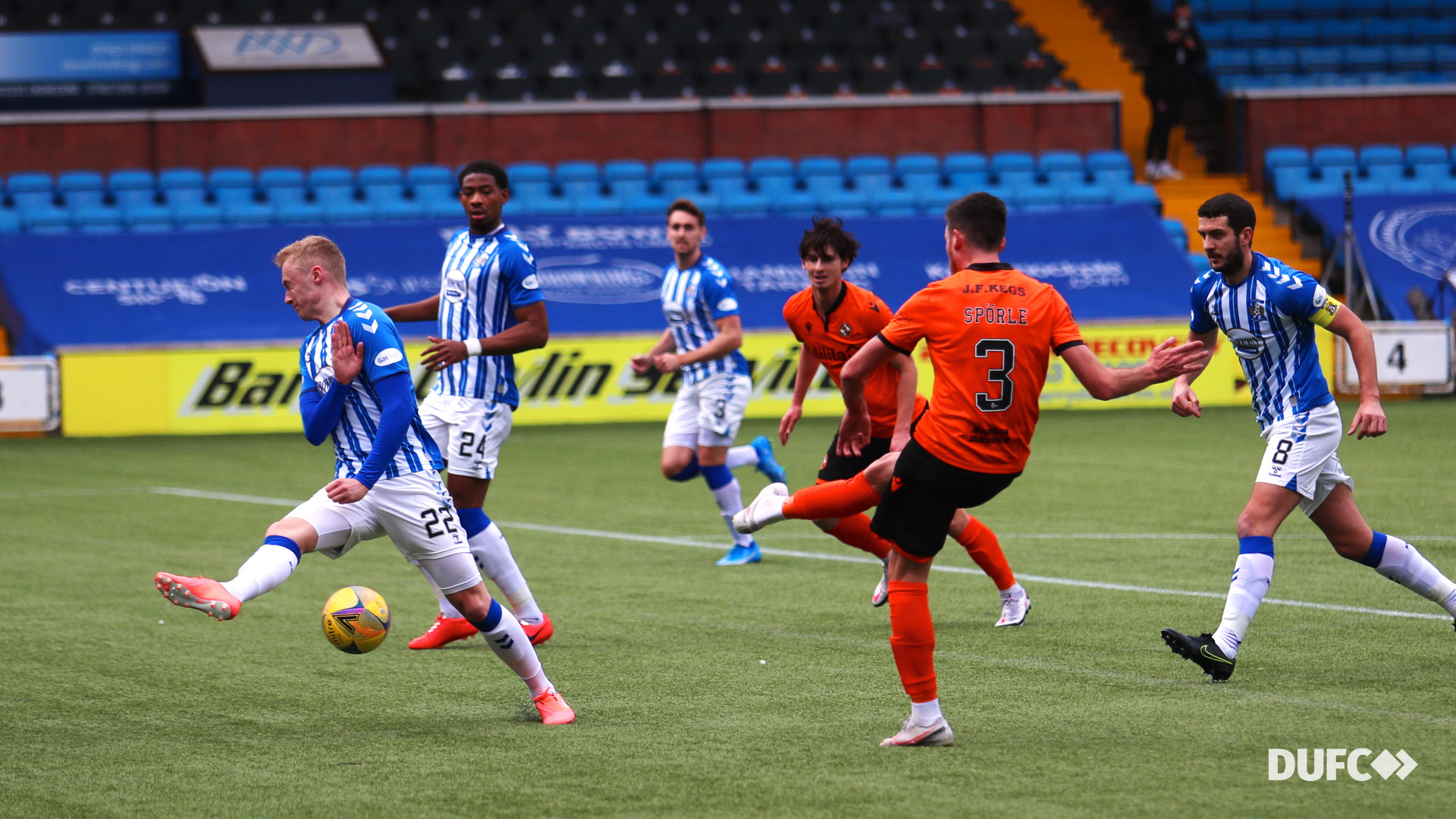 United travelled to the site of their joint heaviest away defeat of the campaign to take on an out of form Kilmarnock at Rugby Park, with Tommy Wright’s side failing to pick up maximum points in the league since the 9th of January. Micky Mellon made 2 changes to the side that were beaten by Rangers last Sunday, as Louis Apperé and Nicky Clark were replaced by Adrian Spörle and Marc McNulty to change to a 4-4-2 rather than the 4-5-1 deployed at Ibrox.

The first chance of the afternoon would fall to Lawrence Shankland who was played in behind the Killie rear-guard by Spörle, however the in-form talisman could only drill his shot into the side netting from an acute angle on the right-hand side of the area. The hosts would retaliate to this chance by going close themselves. A slack pass from McNulty on the touchline was pounced on by Kyle Lafferty 30-yards out, and the Northern Irishman unleashed a fierce effort which cannoned off the top of Siegrist’s crossbar, much to the relief of the sheepish looking McNulty. Despite Kilmarnock having the lion’s share of possession in the opening stages of the match, it would be United to draw first blood on the 18th minute. Ian Harkes capitalised on a mistake from defender Zech Medley, pickpocketing the on-loan Arsenal man 40-yards from goal and driving at the heart of the Killie defence, rolling the ball left into the path of Adrián Sporle, and the Argentinian’s right-footed effort deflected twice before spinning past the despairing Colin Doyle into the net. The goal scorer was replaced soon after by Logan Chalmers, as the 25-year-old limped off for treatment on a recurring heel injury. Killie continued their pressure following United’s opener, and it was Lafferty once again who was the biggest danger to Siegrist’s goal. The former Rangers and Hearts man thundered a long-distance free-kick goalward, with the United stopper parrying the set-piece into the path of Pinnock who diverted a well struck effort back on goal, Siegrist again equal to the rebound. The half-time whistle sounded to conclude a strenuous half for Mellon’s men.

Following the break, Kilmarnock turned up the heat on the visitors. The back 5 were forced to deal with multiple crosses into the area and long-distance efforts on Benji’s goal, and eventually, the pressure would tell for Wright’s side on the 64 th minute. A Burke corner was glanced on by Lafferty despite the best efforts of Jamie Robson, finding the unmarked Zech Medley at the back post, who reacted quickly to side foot a close-range volley past both Siegrist and Butcher on the line for 1-1. The Rugby Park outfit would go in search of a winner and could’ve been rewarded for their efforts if it wasn’t for the whistle of referee David Munro. A well-worked free-kick routine was finished high into the net by Lafferty 2-yards from goal, however Kirk Broadfoot was judged to have fouled Siegrist in his effort to lunge in ahead of the United stopper. United had 2 glorious chances to take all three points back to Tannadice in the closing stages of the game, the first of which falling to McNulty 9-yards from goal, however the loanee could only divert Robson’s low cross into the diving Doyle in the Killie net. Shankland was the recipient of the last opportunity of the 90, as the Scotland international found himself one-on-one inside the host’s area but was too close to Doyle to elevate his shot over the 6 foot 5 keeper and snatch a late victory.

David Munro blew the final whistle to continue United’s poor form on artificial surfaces, with the Terrors without a win on plastic since the 4th of January 2020.