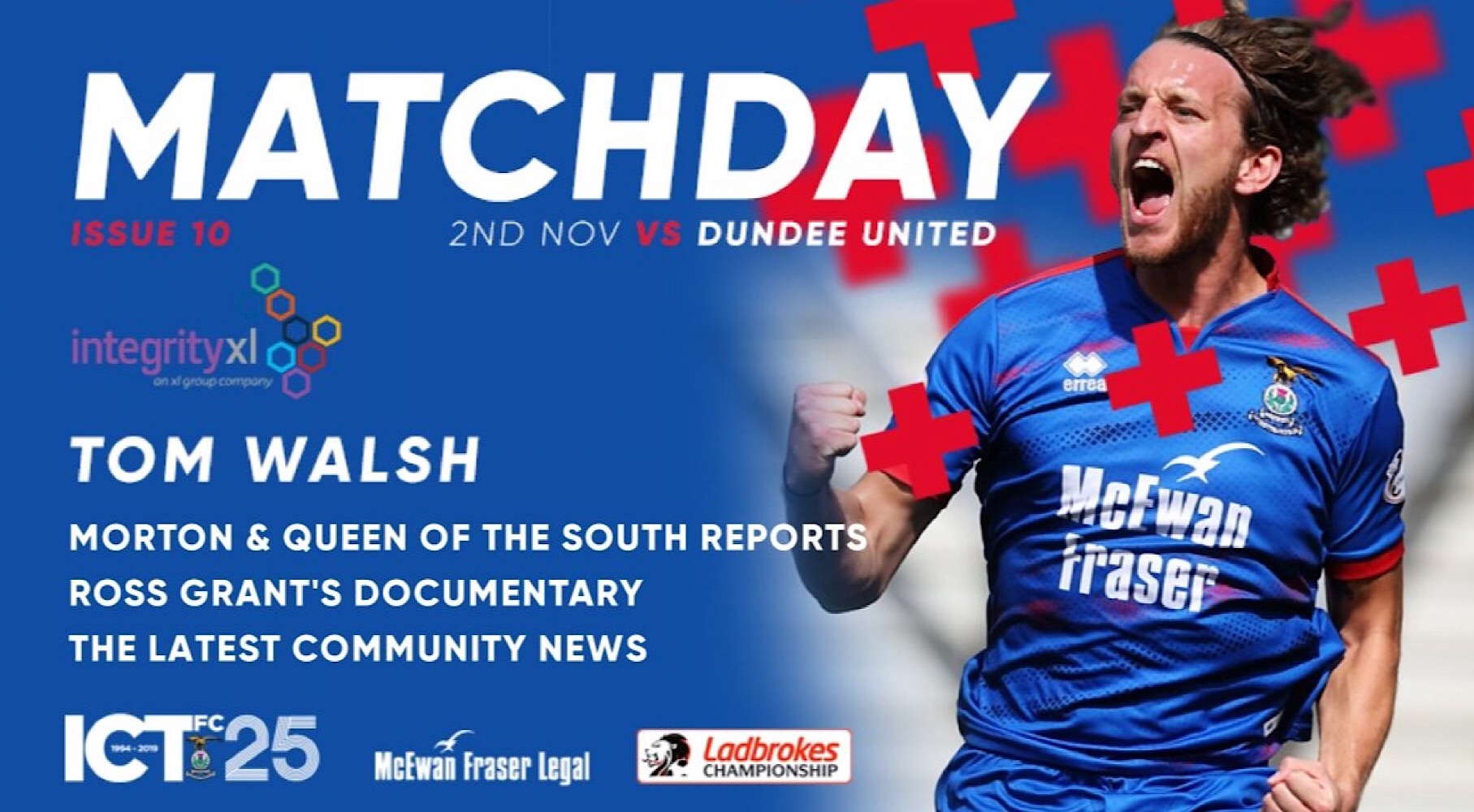 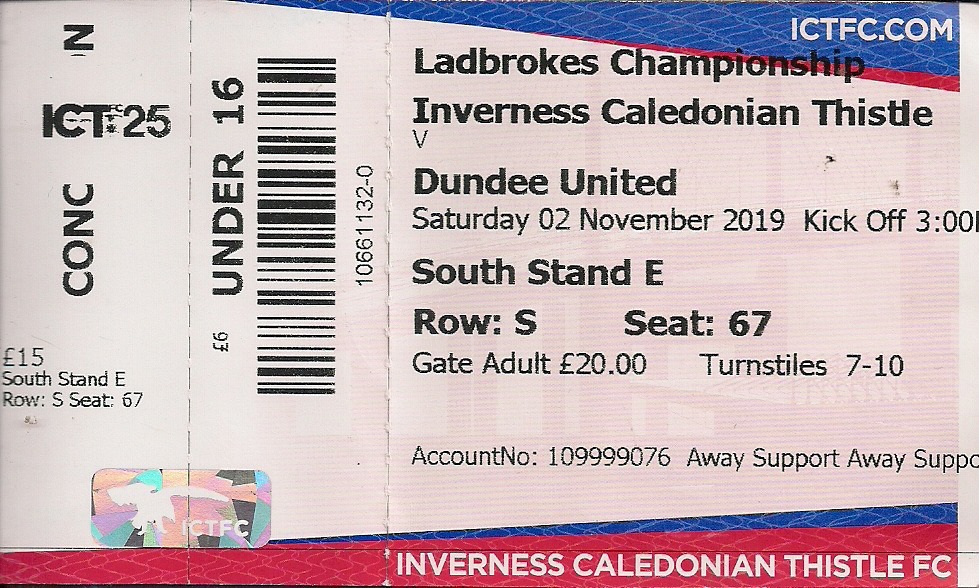 For this top of the table clash, there were two changes from the side that defeated Partick in midweek. With Troy Brown still sidelined, Paul Watson was drafted into the back four, allowing Calum Butcher to step forward into midfield. The other alteration was Louis Appéré, who replaced the injured Peter Pawlett after only three minutes of the Partick game, starting.

Although there was a mid-day pitch inspection, it looked, despite the wet conditions, in fine fettle as United kicked off with both teams going at it hammer and tongs.In the third minute, Paul McMullan, making his 100th appearance, made a great block from James Keatings. At the other end, United forced a couple of quickfire corners, the first coming when a Nicky Clark effort was blocked and from the second, taken by Clark, Paul Watson’s downward header looked net-bound before being deflected for a corner. On eight minutes, Liam Smith reacted quickly to close down Aaron Doran as he pulled the trigger. After that hectic opening spell, the game settled, but with United having the greater share of possession. After 21 minutes, they deservedly took the lead. Though it wasn’t Lawrence Shankland who scored it, he was very much involved. He fired in a shot which was broke back to him and played the ball out wide to McMullan. He drilled the ball across goal and, in attempting a clearance, Shaun Rooney diverted the ball, into the roof of his own net. There was a major flare up when Jamie McCart and Shankland clashed near the touchline which saw the Caley Thistle defender going down clutching his face. After he had received treatment, the ref took no further action than lecturing the two players and awarded United a free-kick. McMullan was brought down on the edge of the box which earned a further free-kick and Karl Tramarco the game’s first booking. And from his free-kick, Appéré sent an inviting header across the face of the goal, but there were no United takers. Five minutes from the interval, Ben Siegrist came to his side’s rescue diverting a Keatings shot from seven yards for a corner with his foot and so United went in still ahead at the break.

United started the second half very much on the front foot. Three minutes in, only a terrific one-handed save by Mark Ridgers kept out a thunderous 35-yarder from Ian Harkes. And three minutes later, Appéré played Butcher through on goal, but the midfielder fired straight at the keeper who conceded a corner that came to nothing. Caley countered with Keatings firing a free-kick a couple of feet over. Just after a double substitution by the home side on 60 minutes, Rooney was the second home player to be booked. John Robertson’s side started to pile on the pressure and a dangerous curling cross from Coll Donaldson fortunately went wide. But on 72 minutes, the lead was doubled when Butcher played the ball into Nicky Clark's path and he crashed home a right-footed angled shot from 12 yards. And the big Arab support had hardly stopped singing when the visitors added a third and Lawrence Shankland was not to be denied from the penalty spot after Liam Smith was bundled over by Miles Storey in the box. With five minutes left, substitute Cammy Smith was denied a goal with a defender clearing his effort off the line. Two minutes later, it was heartening to see Mark Connolly end his two month absence through injury, coming on for Clark. 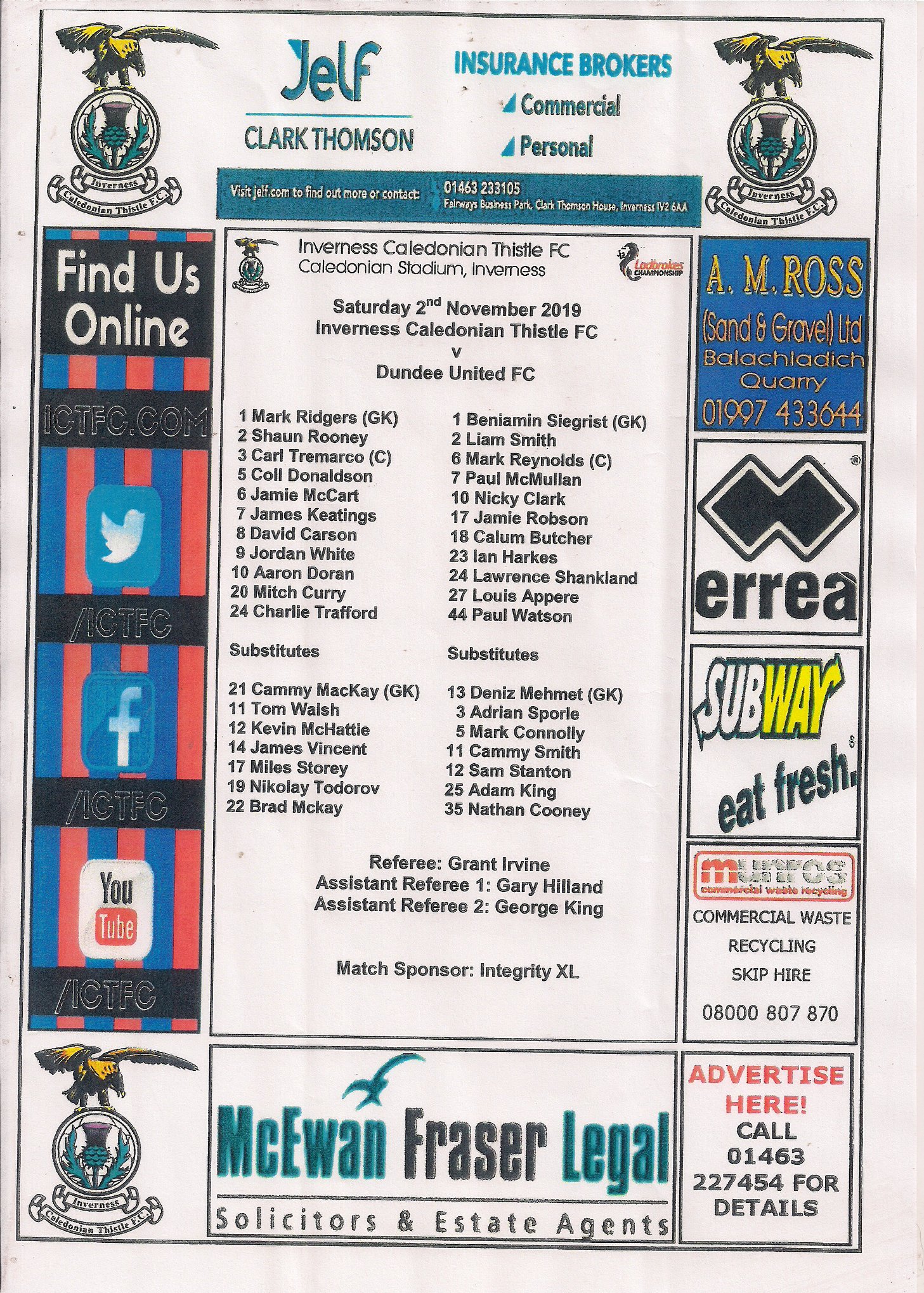