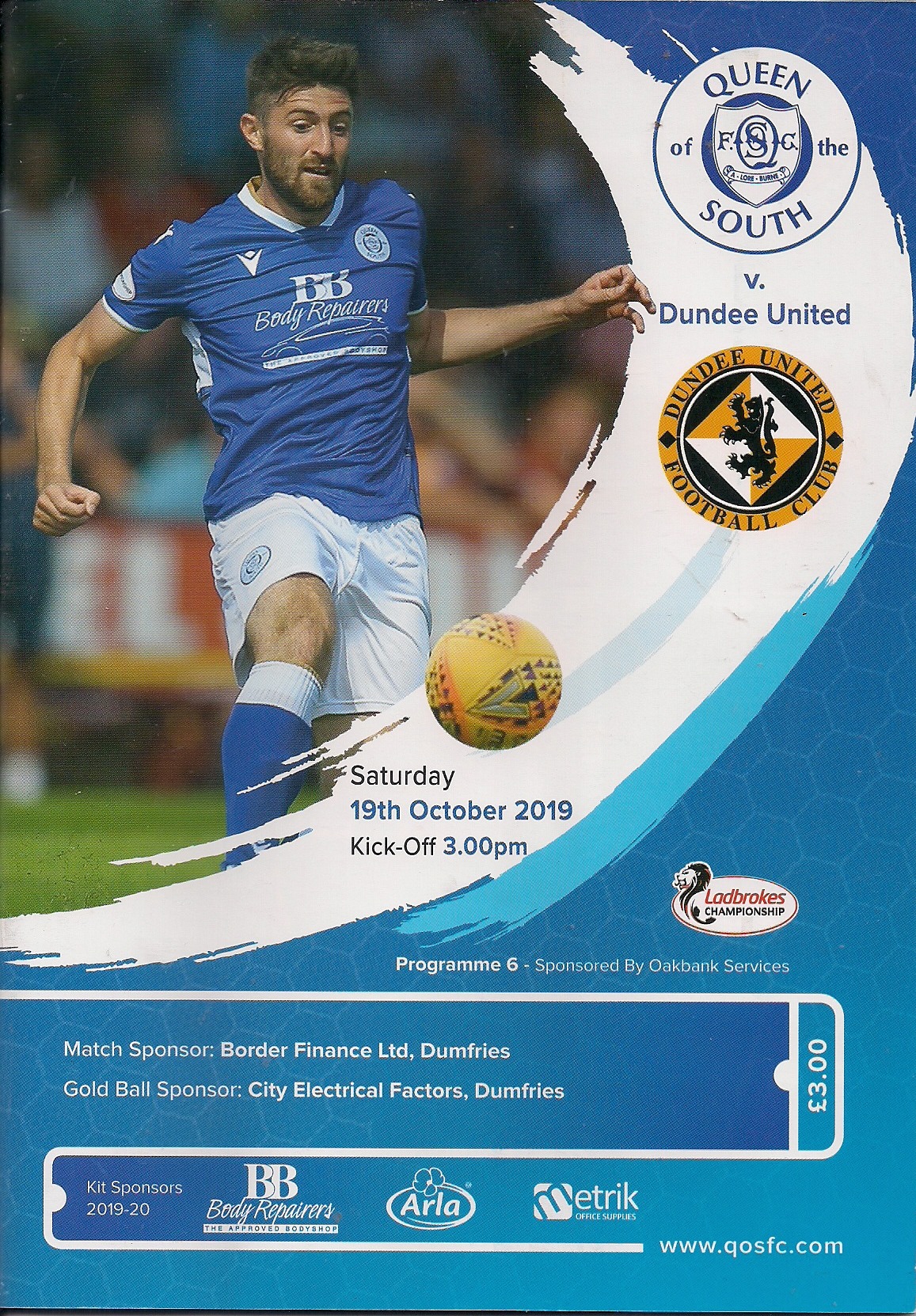 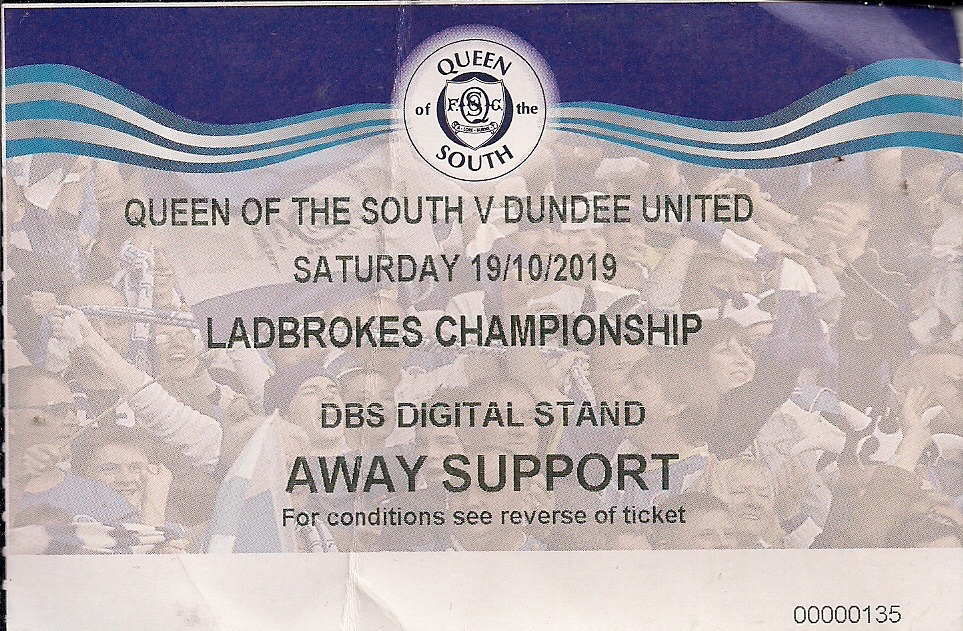 Head Coach Robbie Neilson made two changes from the side that slipped up at Alloa. Fit again Calum Butcher returned in midfield, whilst, with Peter Pawlett injured, Louis Appéré celebrated signing a contract extension this week with a return to the starting eleven. There were no changes in the home side after their 1-0 win at Partick a fortnight ago.

The first effort on goal came from United after four minutes, Appéré heading over. On ten minutes, Lawrence Shankland found space but elected to find a colleague, but his cut-back was intercepted. It wasn’t all one-way traffic though because Jack Hamilton turned and from 25 yards fired just over. Paul McMullan was seeing plenty of the ball and from a cross two minutes later, Sam Stanton, playing wide left, headed the ball down but only found a Queen’s defender. United fell behind after 18 minutes. Former Dundee midfielder Falassal El Bakhtaoui floated over a free-kick which Darren Brownlie headed down for Stephen Dobbie to nod in at the far post for his first goal of the season. Looking to hit back, Shankland fired over after collecting a Butcher pass two minutes later. Then Queen’s keeper Robby McCrorie dallied on a pass-back and was dispossessed by Appéré, but the goalie immediately redeemed himself by stretching out a leg to clear the ball to safety as the United striker tried to round him. However, the Doonhamers continued to look dangerous on the break, Kevin Holt hammering a shot off the post midway through the half. But the home side did double their lead after 28 minutes, disappointingly losing a second goal from a set piece. El Bakhtaoui’s corner from the right was met by Kevin Holt whose downward header gave Ben Siegrist no chance. The Tangerines' best chance to date came on 32 minutes when Appéré made a run from deep and his effort from close in was blocked by the legs of McCrorie. And a minute later, Troy Brown headed a Stanton free-kick over. Two minutes from the break, another set piece came close to Queens going in three up at the break. Indeed, it was only Shankland’s goal-line clearance that kept out Holt’s diving header from another El Bakhtaoui corner.

No changes in the United side for the second half in which they sought to overturn the two goal deficit. But it was the home side who almost struck again on 53 minutes. Dobbie played a precision pass into Michael Paton who drew Siegrist but shot into the side netting. Loud appeals from 700 plus Arabs a minute later bore no fruit after Appéré’s cross appeared to hit an arm but was only rewarded with a corner which came to nothing. Appéré then had a great chance cutting in from the left, only to fire past the far post just before the hour mark. Immediately, Nicky Clark replaced Ian Harkes as they tried to pull the irons out of the fire. However, United suffered another blow with 20 minutes left when Stephen Dobbie took a pass from El Bakhtaoui and drilled in a low shot inside the near post from ten yards. And to cap a miserable afternoon, the buoyant home side added a fourth with 12 minutes left. Again El Bakhtaoui was involved, firing in a 30-yarder which Ben Siegrist could only parry and Michael Paton forced the ball over the line. 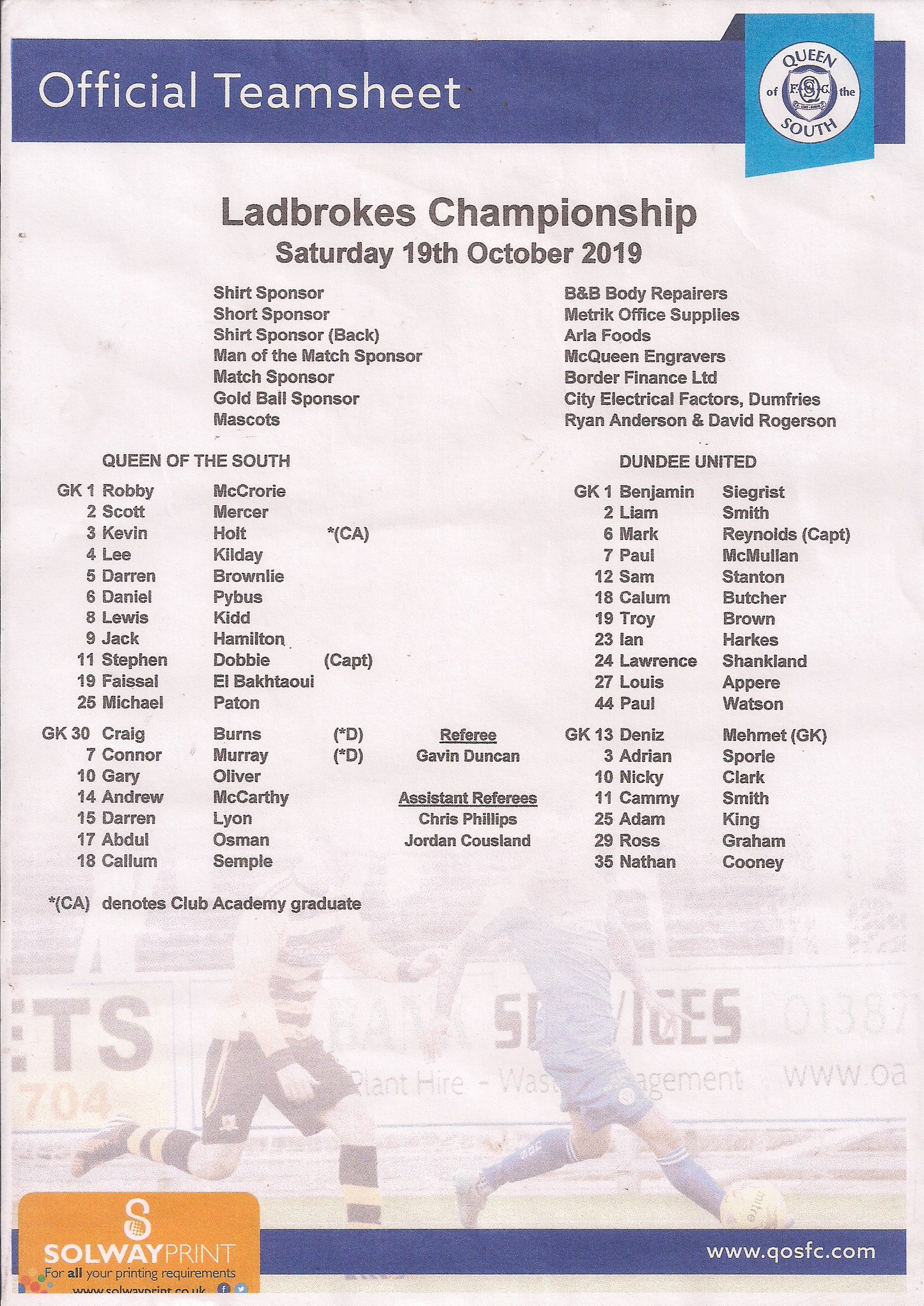