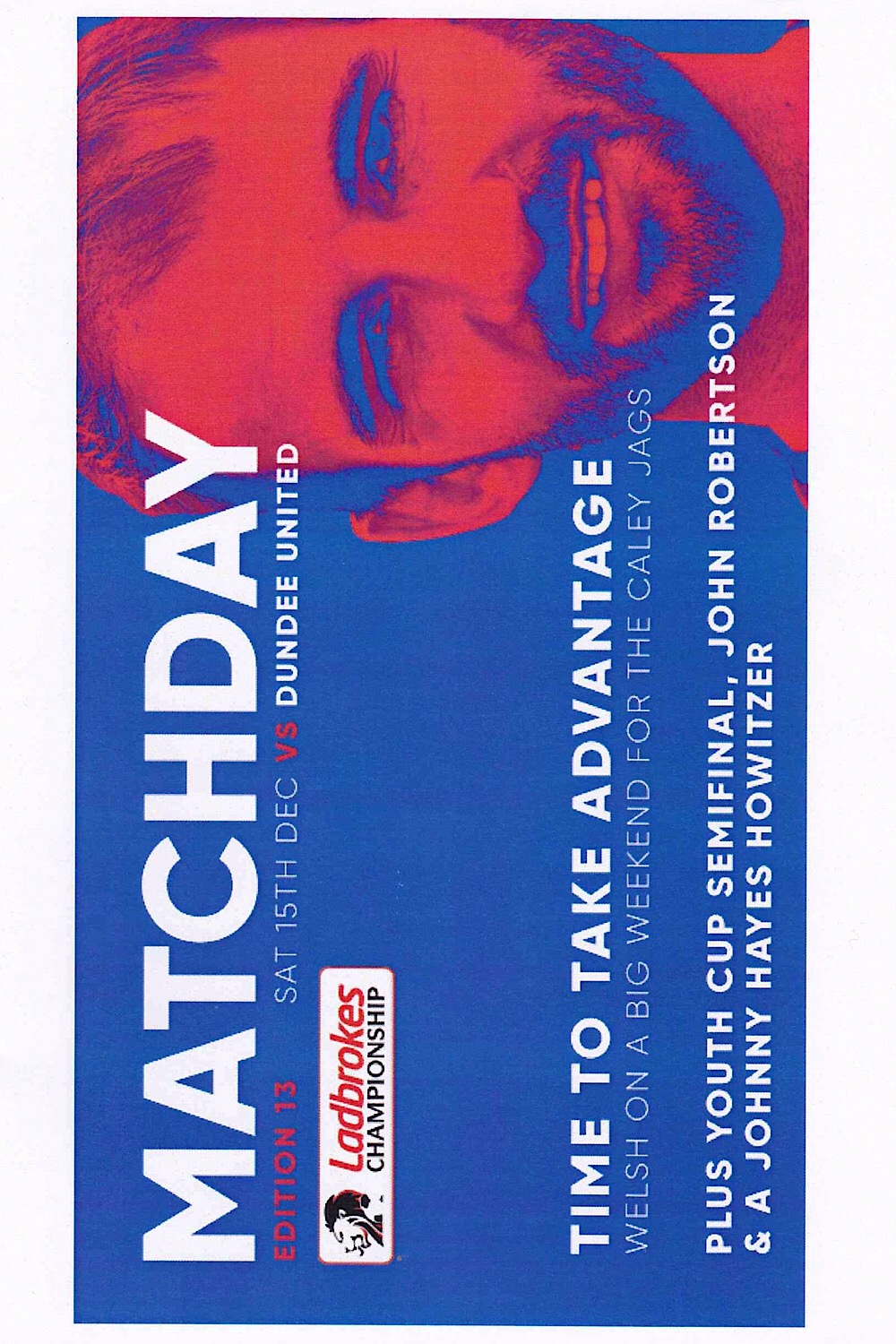 United’s run of games without a win increased to three matches with a 1-1 draw against Inverness Caledonian Thistle at the Tulloch Caledonian Stadium. United had not beaten Inverness in the four previous meetings between the sides, and another tough game was expected against the Caley Jags, even though their long unbeaten run had recently ended after a defeat to Falkirk in their previous game.

Illness had ravaged the United squad during the week, although in the end there were only three changes from the previous week’s 1-1 draw against Morton. Ben Siegrist was fit enough to replace Matej Rakovan in goals, and Paul McMullan and Craig Curran were both benched to be replaced by Billy King and Matty Smith. The latter was making his first start under Robbie Neilson.

King was the first player to threaten in an unfamiliar central role behind Pavol Safranko, although his shot in the second minute went a long way over the bar. It was a quiet start to the game, with a Billy King cross from the right being a rare highlight in the first ten minutes. In the 10th minute a fine pass from Stewart Murdoch released Fraser Aird down the United left. The Canadian tried to pick out Pavol Safranko but his cross was overhit and the chance rather fizzled out. At the other end two minutes later, Tom Walsh fired over the bar from just inside the United penalty area. United broke and forced a corner kick at the other end, although Fraser Aird’s effort was poor and was easily cleared by Joe Chalmers.

A fairly turgid start to the game was enlivened when the home side took the lead in the 17th minute. Liam Polworth picked the ball up in midfield and threaded the ball though to Tom Walsh on the right hand side of the penalty area. He fired in a fine low drive from 12 yards out which arrowed past Ben Siegrist and into the net. Walsh nearly got a second goal on the break a couple of minutes later, although this time he was thwarted by a fine interception from Rachid Bouhenna. Soon afterwards, Inverness won a free kick in a dangerous position, but although Liam Polworth’s curled effort beat the United wall, the ball did not dip in time and went over the crossbar.

United then spurned a couple of great chances to equalise. Firstly, Billy King broke into the penalty box. Although his shot was blocked, the ball broke to Fraser Fyvie who hit a shot which was going wide, but Coll Donaldson erred on the side of caution and cleared the ball. A minute later, another Fraser Aird corner was met by a header from Pavol Safranko, although the Slovakian striker saw the header well saved by Mark Ridgers. As good a save as it was, Safranko should really have scored.

Inverness then missed a great chance of their own when Rachid Bouhenna left a long ball into the United penalty area. George Oakley nipped in and found himself with only the goalkeeper to beat, but Oakley could only shoot straight at Ben Siegrist. Despite that chance, United were the better of the two teams, but were unable to get the equaliser their play deserved.

Two good saves in the last three minutes of the half ensured that United would go into half time with a 1-0 deficit. In the 42nd minute a Fraser Aird cross from the left was again met by the head of Pavol Safranko, but again Mark Ridgers made a good save. He made an even better save in the final minute of the half when Callum Booth crossed from the left. Matty Smith smashed in a shot on the turn from 12 yards out, but somehow Ridgers was able to block the shot when a goal looked certain.

United had been the better side in the first half, but they made rather heavy weather of the second half against opponents who looked content to hold what they had and play on the counter attack. The home side did have the first chance of the second half when a long ball forward from Shaun Rooney found Tom Walsh in space, but he failed to control the ball and it dribbled through to a relieved Ben Siegrist. Although Matty Smith saw a volley blocked by a defender six minutes into the half after meeting a Fraser Aird cross on the volley, United struggled to create any real openings.

Around the hour mark, a Fraser Aird corner kick bobbled around in the Inverness penalty area, although Mark Ridgers managed to smother the ball before any United player could take advantage. In an attempt to change the flow of the game, Paul McMullan was sent on to replace Fraser Aird, a change not universally welcomed by the travelling support. Two minutes after that change, United broke down the right through Stewart Murdoch. The right back fed Billy King, who did all the hard work by getting himself into a good position before then fouling his opponent and conceding a cheap free kick.

Following that chance, Paul McMullan tried to thread the ball through to Matty Smith, but Coll Donaldson was able to intercept and clear the danger. A minute later, Pavol Safranko saw another header saved by Ridgers, although his header from a Stewart Murdoch cross was from almost the edge of the penalty area and was unlikely to trouble the in-form goalkeeper. Safranko sent a header wide of the post a few minutes later from a Paul McMullan cross to continue his bad day in front of goal.

Just as it looked like Dundee United would slip to an unfortunate defeat, they got the equaliser that their efforts deserved. Callum Booth broke down the left and played a low ball to Billy King on the edge of the area, who took one touch to control before drilling the ball past Mark Ridgers in the Inverness goal to level the game.

Having finally got the equalising goal, United seemed to be the team more likely to win the game in the final ten minutes. Billy King nearly got his second goal of the game in the 81st minute, although his low shot from 20 yards out went a couple of feet wide of the post. A few minutes later, Paul McMullan and Pavol Safranko combined well on the left, but the winger was crowded out by home defenders before he could get a shot away and the chance was gone.

With five minutes to go, a rare chance for the home side saw substitute Roddy MacGregor shoot from outside the area, but the shot was easy for Ben Siegrist to deal with. Billy King was continuing to be a threat, and in the last five minutes of the game he played a great cross into the box which sadly had no takers, before he fired in a shot from outside the area which was blocked by the home defence. In the final minute, United had a huge chance to win the game through the luckless Pavol Safranko, who headed straight at Mark Ridgers when he really should have burst the net.

The game ended in a draw, which remarkably was the home side’s 11th draw from 16 league games this season. However, had United managed to take their chances they would have won the game comfortably. As all five Championship games ended level, no major damage was done in the title race. 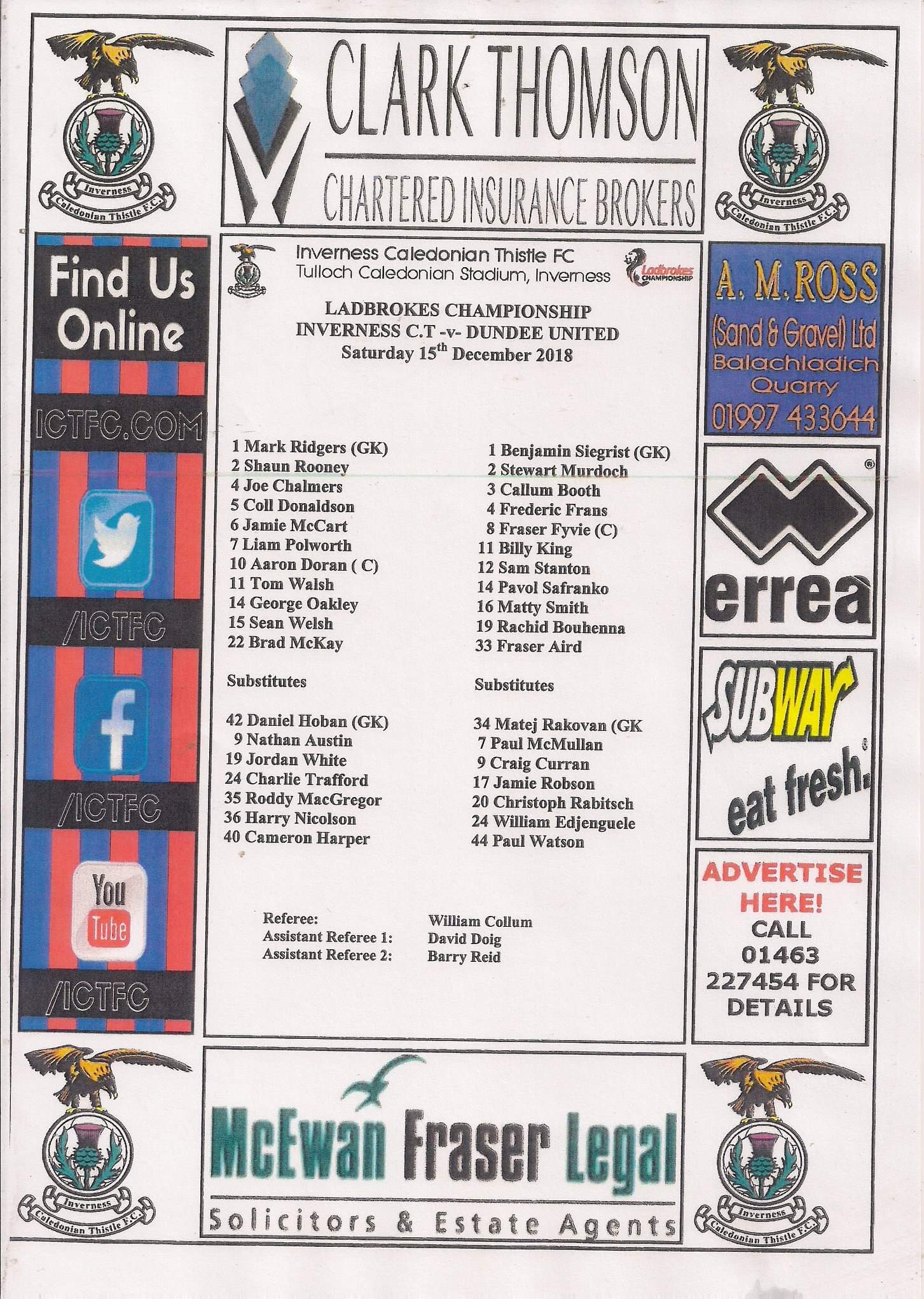