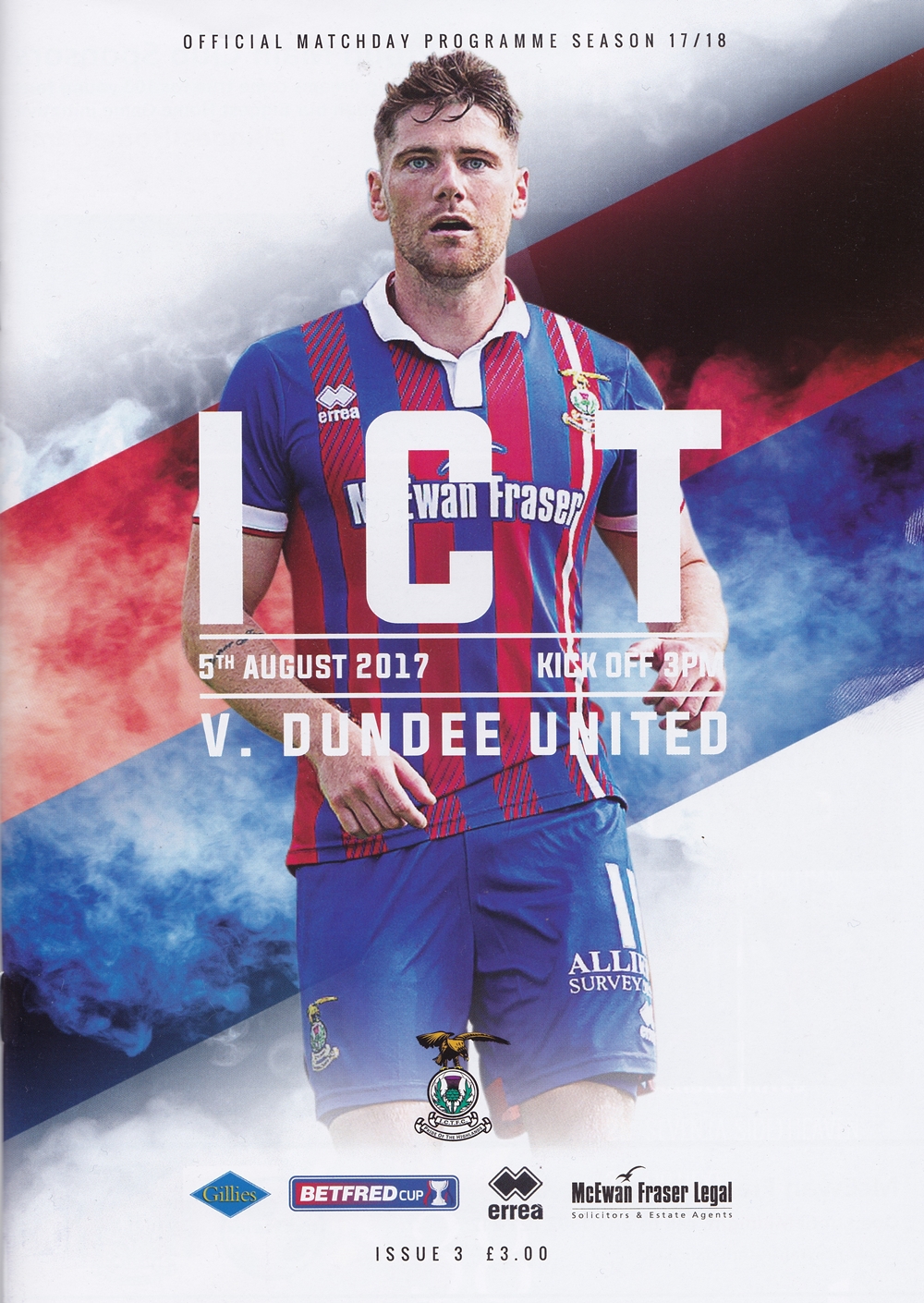 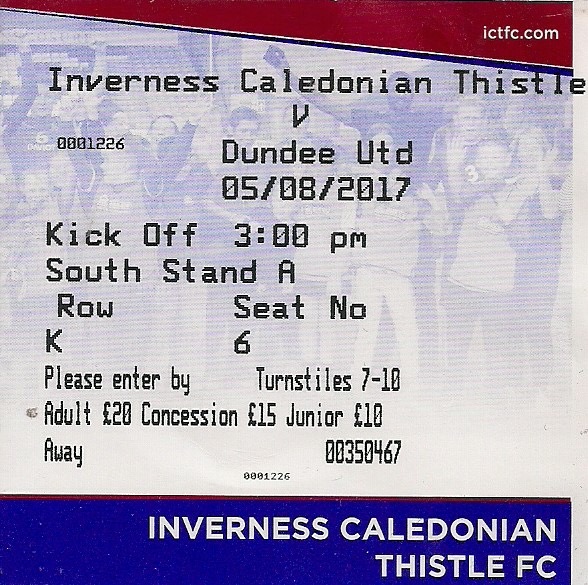 United opened their 2017/18 league season with a tough trip to face relegated Inverness Caledonian Thistle. Ray McKinnon made only one change from the side which defeated Dundee on penalties six days earlier, with Jamie Robson coming in for the suspended Mark Durnan. Robson slotted in at left back with captain Tam Scobbie moving across to centre half alongside William Edjenguele. Perhaps the most encouraging sight for United fans was seeing Stewart Murdoch and James Keatings on the bench as they recovered from long-term injuries.

The game started off in a lively fashion. Liam Polworth sent an early drive just over the bar, beafore George Oakley saw an effort saved by Harry Lewis. Mark Ridgers in the home goal was then called upon to save a Scott Fraser effort, from which Sam Stanton sent the rebound over the bar. After 13 minutes United took the lead. Paul McMullan, again playing as a makeshift striker, was fouled by a combination of Brad McKay and Joe Chalmers after Scott Fraser had been crowded out in the penalty area. McMullan converted the penalty after a delay during which Inverness manager John Robertson was sent to the stand for his protests. United nearly doubled their lead five minutes later, with Sam Stanton’s shot being blocked by Iain Vigurs. Tam Scobbie then saw a good shot saved by Ridgers. The home side began to come into the game a lot more, and United were perhaps fortunate to go into half time ahead. Their first chance came from a shot from the dangerous Riccardo Calder, who sent his shot over the bar from a narrow angle. Three minutes before half time, a free kick from Vigurs was narrowly headed past the post by Brad McKay. Then, with half time approaching, Scobbie appeared to trip Ross Draper as he ran through on goal. Both players were booked in the aftermath – Draper for diving, and Scobbie for his reaction.

The pace of Calder on the Inverness left wing was continuing to cause problems for the United defence, and Oakley shanked an effort wide just before half time after more good work from the winger. The second half was largely dominated by Inverness, although United did look threatening on the break on the rare occasions they had possession. The first attempt from the home side came five minutes into the half, when Polworth hit a low shot just wide. Calder was forced off with an injury early in the second half, although his replacement Jake Mulraney caused every bit as much trouble for the United defence as his predecessor had. Polworth then had another attempt on goal, with a stinging drive from 25 yards out which went just over the bar. United should have made the game safe on 71 minutes. McMullan won the ball in midfield and played the ball forward to substitute James Keatings. He was beaten to the ball by home keeper Ridgers, however the ball broke to Sam Stanton 20 yards from goal. With an open goal to aim at, Stanton somehow sent his shot over the bar. Despite that chance, Inverness continued to dominate possession. Time and again they got into good crossing positions, with the pace of Jake Mulraney continuing to cause problems for the United defence, although most attempts were easily caught by Harry Lewis in the United goal, who dealt confidently and efficiently with everything the home side threw at him. United were able to soak up the pressure from the home side and hold on for a vital away win.