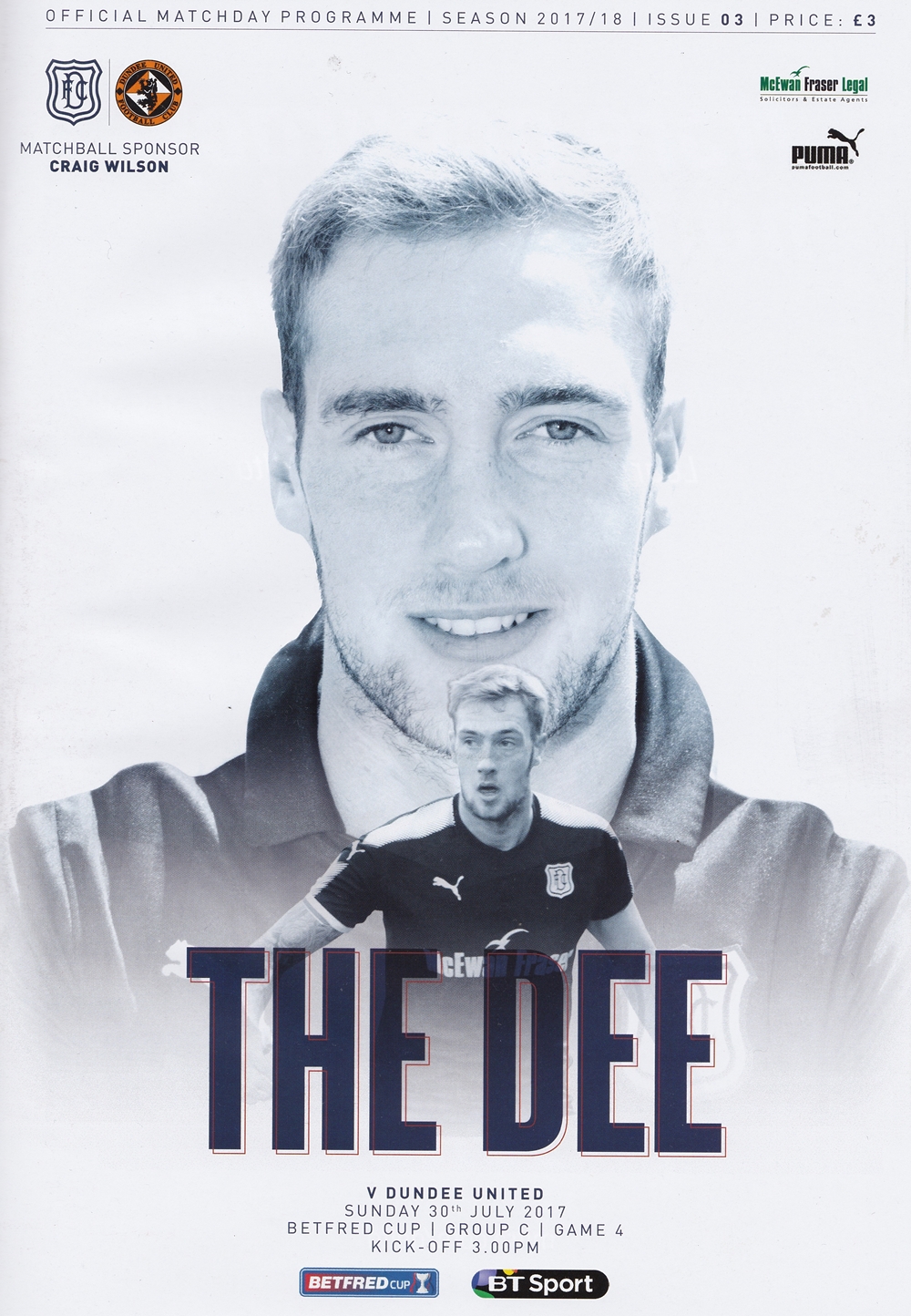 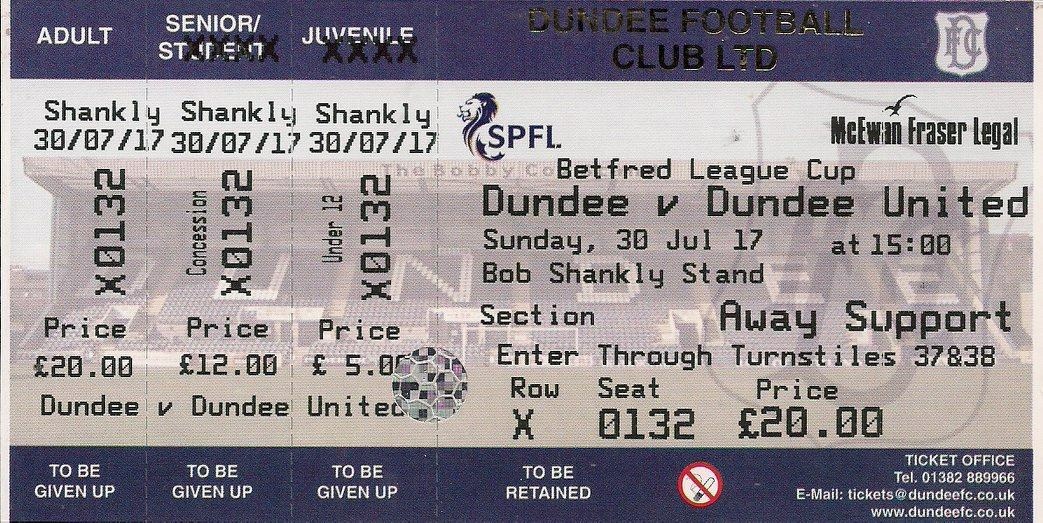 United entered their final BetFred Cup group game against Dundee at Dens Park knowing that, assuming they did not suffer an eight-goal defeat, they were already through to the next round. Dundee knew that they would also qualify for the next round unless United beat them by a six-goal margin for the first time in their history. However, whichever side won the game, whether in normal time or on penalties, would win the group and be seeded for that afternoon’s last 16 draw. United made two changes from the win over Cowdenbeath, with Scott Allardice and Mark Durnan coming in for Jamie Robson and Matty Smith. Tam Scobbie, who again captained the side, reverted to left back. Paul McMullan was again deployed as a lone striker, with new signing Scott McDonald only fit enough for a place on the bench.

The game started at a typically frenetic pace, and Dundee United were able to create an early chance when Sam Stanton hit an effort just wide. Former United midfielder Scott Allan then tested Harry Lewis with a free kick that went over the bar. Mark O’Hara then saw his glancing header from a Kevin Holt corner saved by Lewis. Scott Fraser hit a shot from 25 yards, although Scott Bain in the Dundee goal was able to deal with the effort fairly easily.
The home side began to dominate the game, and after half an hour created the best opportunity of the game up to that point. It came from a good passing move between Allan and Paul McGowan, who set up Holt for the cross. O’Hara met it on the run but his glanced header was gathered again by Lewis. Rather against the run of play, two minutes later United were unlucky not to take the lead. Billy King took the ball from Scott Fraser on the left side of the penalty area, and smashed a shot off Bain’s right-hand post with the home keeper well beaten. Just after that, after a foul McMullan by Darren O’Dea, for which the Dundee defender earned a deserved booking, King hit an excellent free kick which was well saved by Bain. Despite Dundee’s dominance of possession, just before half time United took the lead. Tam Scobbie won the ball on the left-hand side, played the ball forward to Scott Fraser who sent a lovely pass towards Sam Stanton in the Dundee penalty area. He sent the ball across goal where Paul McMullan was waiting and he squeezed the ball past Bain from a narrow angle to give United the lead.

The goal evidently gave United confidence, and they started the second half very well. Another superb run and pass from McMullan set up King, but he dragged his effort wide. The home side thought they had equalised on 52 minutes when Scott Allan’s netbound shot was headed into the net by Sofien Moussa, but the celebrations were cut short when the offside flag correctly went up. Dundee were finally able to equalise on the hour mark. After receiving a cross field pass from Roarie Deacon, who had caused United problems all afternoon with his pace, Scott Allan was probably give too much time and space on the United right, and his ball into the box was guided home by Mark O’Hara. Buoyed by this, Dundee immediately pushed for a second goal, and Deacon nearly provided one two minutes after the equaliser but his low drive was parried by Lewis. Dundee were able to create more chances as the game drew on. Kevin Holt tested Lewis with a fierce left foot shot, and substitute Faissal El Bakhtaoui then saw a 25 yard shot saved by the United kepper. The home side nearly won the game at the death. In stoppage time, Deacon was played through on goal, but the impressive Lewis was able to block his effort. Jack Hendry then hit the post from a header before El Bakhtaoui saw an effort blocked on the line by the United defence. Neither side were able to find a breakthrough, so for the first time in a Dundee derby, the game was to be settled by a penalty shootout. Paul McMullan confidently scored the first penalty, and El Bakhtaoui failed to score for Dundee, seeing his penalty saved by Harry Lewis. Billy King made it 2-0 and Randy Wolters then scored to make it 2-1. Both Lewis Toshney and Sofien Moussa scored their penalties, and Logan Chalmers then spurned the opportunity to give United a 4-2 lead, his penalty being saved by Scott Bain. Darren O’Dea and Scott McDonald then made no mistake from the spot, meaning that Roarie Deacon had to score to keep the tie alive. His penalty was well saved by Lewis, meaning United triumphed 4-3 in the shootout and won the group with 11 points to Dundee’s 10.

However, as both sided had progressed to the next round, Dundee United discovered around ten minutes after the game ended that their reward for their penalty win was to play Dundee at Dens Park in the last 16 nine days later!