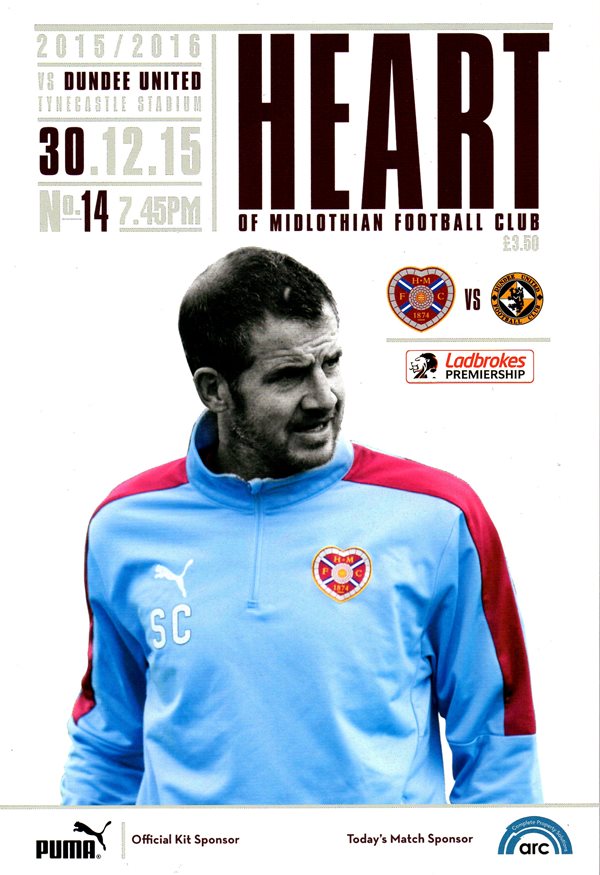 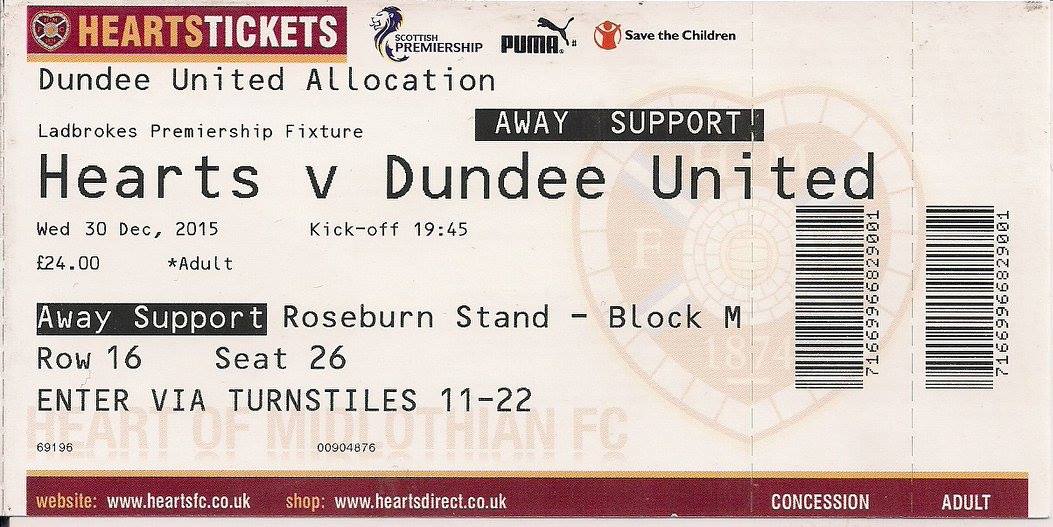 After the good display at Inverness, when United looked set for three points only to be pegged back with an injury time equaliser, head coach Mixu Paatelainen went with the same starting eleven.

The match got off to an incredible start as United survived a narrow escape then took the lead – all inside the first 90 seconds. Goalkeeper Michal Szromnik came out of his box to chest the ball down only to lose out to Osman Sow, who nearly put the home side ahead. However, United hit back immediately and earned a penalty as Scott Fraser went down under a clumsy challenge from Juwon Oshaniwa. Striker Billy Mckay then coolly slotted home to give the visitors the dream start. United continued to look dangerous and a Scott Fraser corner caused all sorts of difficulty in the Hearts box before Chris Erskine fired over. Hearts came close to an equaliser as Gavin Reilly’s effort was first saved well by Szromnik then the rebound had to be cleared off the line by Gavin Gunning. The home side again came close when Reilly broke on the right then fired in a dangerous cross which Sam Nicholson got on the end of, only for Szromnik to save well at his feet. Szromnik had to again be alert when he diverted a dangerous Nicholson cross over the bar. However, Hearts weren’t to be denied and they equalised when Reilly acrobatically scored from the resultant corner to level the scores. The home side were now on top and the impressive Reilly headed just wide from a Jordan McGhee cross, after Guy Demel gave away possession. United were next to threaten when Scott Fraser played an intelligent threaded through ball to Billy Mckay, only for his shot to be comfortably held by Neil Alexander. With 25 minutes on the clock, Hearts took the lead when ex-United midfielder Prince Buaben fired in a hopeful 25-yard effort which Szromnik palmed into the corner of his net. The home side were now choosing to test the keeper from distance and he then had to be alert to save a long-range drive from Osman Sow. After just half an hour, Hearts were gifted a third goal when Billy King went down in the box after a challenge by Callum Morris and Osman Sow slotted home from the spot. United nearly found a way back into the game 10 minutes from half time when an intelligent Fraser corner was diverted just over the bar by Erskine. As the game approached half time, United continued to cause problems as a Fraser corner was diverted towards goal by Demel towards Erskine, whose shot was headed off the line. United then found a way back into the game after McGowan went down under a rash challenge out on the right and Fraser’s free kick found its way straight into the net after Callum Morris distracted Alexander by attempting to chest home. However, as quickly as United had found their way back into the game their luck turned again as, straight from the restart, Hearts attacked and Mark Durnan clumsily hauled down Reilly as he surged through on goal and referee Bonny Madden showed the former Queen of the South defender the red card. To compound United’s woes, stopper Callum Morris was then stretchered off at the end of a relentless first half, to be replaced by Sean Dillon.

Striker Billy Mckay was substituted at half time, to be replaced by Blair Spittal, but United started the second half positively and made the home defence look extremely nervy in the opening minutes, despite the one man disadvantage. However, Szromnik had to be alert to keep United in the game by parrying away a long range effort by substitute Arnaud Djoum, on at half time for Morgaro Gomis. Gavin Reilly then came close twice when his first shot was blocked by Dillon then he connected well with the rebound only for Szromnik to save well. He then missed a gilt-edged opportunity when he was brilliantly teed up in front of goal only to fire wide. Hearts were starting to look like they could finish the game and Sow fired wide from a counter-attack after being set up by Djoum. An Erskine shot was then deflected for a corner and Fraser’s deep corner was flicked back in by Demel to Gunning, who headed over. While 10-man United were still causing problems, Hearts were extremely dangerous on the counter attack and Billy King’s deflected effort had to be cleared from the line by Gunning. The defender then did well to block a Djoum shot only for the ball to fall invitingly to Nicholson, who drove a curling effort from the edge of the box just wide of Szromnik’s post. Hearts were looking to finish the game and Reilly’s stabbed effort dropped just beyond the post. But Hearts were still edgy when United broke forward and Alexander had to save a dangerous Rankin drive from the edge of the box. Sean Dillon was then the hero as he diverted a looping Reilly header off the line. Hearts nearly sealed victory when King expertly cut the ball back only for Reilly’s close-range shot to be saved. Despite some late pressure, United, roared on by a noisy 744-strong Tangerine army, couldn’t quite find a dramatic equaliser.