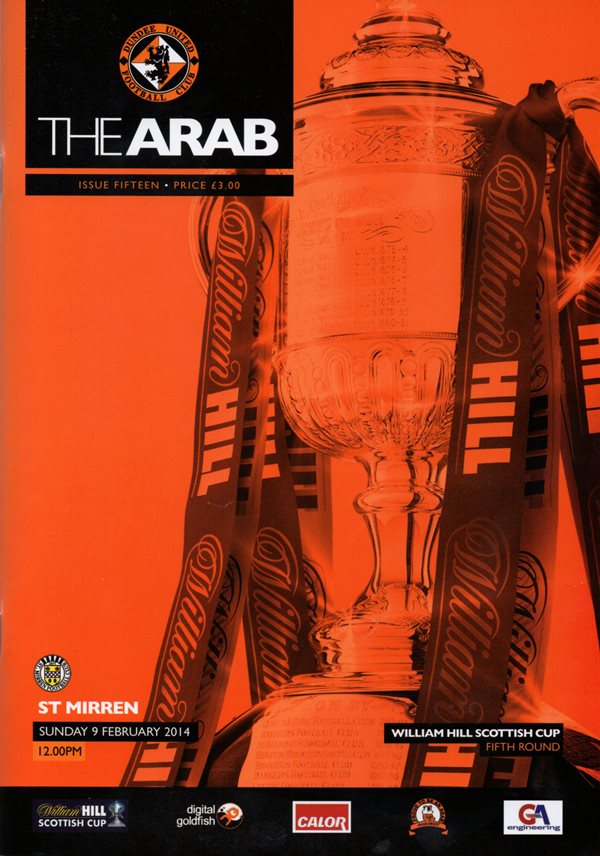 The match started brightly and within the first couple of minutes both goalkeepers were tested with shots from St Mirren’s Thompson and United’s Armstrong. United had a great chance on the seven minute mark when Mackay-Steven did well on the left and set up Armstrong who sent his shot wide. Seven minutes later United looked dangerous again but Mackay-Steven was thwarted by an excellent last ditch tackle from McGregor. With 20 minutes on the clock United took a deserved lead. Ciftci took to ball to the by-line and he squared to Ryan Gauld who slotted past Kello. Five minutes later the visitors were level. Mark Wilson appeared to foul McLean in the box and the referee had no hesitation in awarding a spot kick. Kenny McLean himself stood up and sent Cierzniak the wrong way. Ten minutes before the break Ciftci again turned provider, this time setting up Mackay-Steven who saw his shot parried by Kello. Towards the end of the half United had two further chances to go in front. Firstly Rankin tried to find Armstrong who just failed to connect with his pass and then just after that they should have been ahead when Gauld found Ciftci who saw his header saved at close range from Kello.

United started the second half very positively and after plenty of pressure they edged back in front. Mackay-Steven did superbly on the left and his back post cross found the head of Nadir Nadir Çiftçi who this time gave Kello no chance. United then went close again when Mackay-Steven had a shot saved by Kello which was followed up by Robertson and once again the Buddies goalkeeper did well to prevent United scoring again. Thompson then had a headed effort in the United box but the ball flew over. United continued to press to extend their lead and the impressive Gauld then had a shot tipped over the crossbar. With 20 minutes remaining Mackay-Steven broke into the box and set up Gauld who was unlucky to see his shot deflect wide. With just over ten minutes remaining, a brilliant piece of goalkeeping kept United ahead. Teale swung a free kick into the United box which was met by Thompson but Cierzniak superbly tipped the ball round the post. Paton then conceded a free kick in a dangerous position and the ball eventually fell to the feet of McGregor who shot into the side netting. With five minutes left Rankin went down in the visitors’ box but despite a loud penalty appeal the referee waved play on. The ball broke to Ryan Dow and his fine shot was tipped over by Kello. United then saw the game out and in the end were pleased to hear the final whistle.

I have to say that following last week's match at Firhill, I was disappointed we didn't win. Having taken the lead, we should have built on that, but we stopped passing the ball and that allowed Thistle to put us under a lot of pressure in the second half. Even so, it took an unfortunate ricochet to bring them their equaliser. Even allowing for that we had chances to put the game to bed. Stuart Armstrong had a chance to kill the game off and settle everybody down, and then there was also the penalty we were denied earlier when Stuart was brought down under the challenge of Prince Bauben and Jordan McMillan. I think if it had occurred anywhere else on the park, the referee would have given it. It was a free-kick, because he was through on goal. Another questionable decision was the challenge on young Andy Robertson down the side of us. I thought the lad stamped on him and we never even got a free-kick for it. Having said that we could have done better. At times we were maybe a wee bit nervous and played a bit too deep, which made it hard for the foi-wards to go and press the ball, so it's something we need to work on in getting up the park. However, there were positives to be taken from the game. There were spells when we looked like our old selves, especially the way in which we scored the goal. And I was happy to see Gauldie show the kind of touches which we associate from him when he came on.

This afternoon, of course, we face St Mirren. whose win over us on Boxing Day started our bad run. Although you might not think it from the 4-1 scoreline, it was a game which could have swung either way, the sending off of Keith Watson proving pivotal in Saints' favour. And hopefully, we can atone for that defeat in what is the first of three consecutive home games. Last season, given our poor home record, that might have been a concern, but given our home record this term, it is a bonus that we have these three games coming up at Tannadice. The exit from the League Cup at Inverness was a sore one to take, especially as Nadir's sending off proved so crucial in the outcome. So hopefully, we can get that little bit rub of the green, so essential in cup competitions, to advance to the last eight.