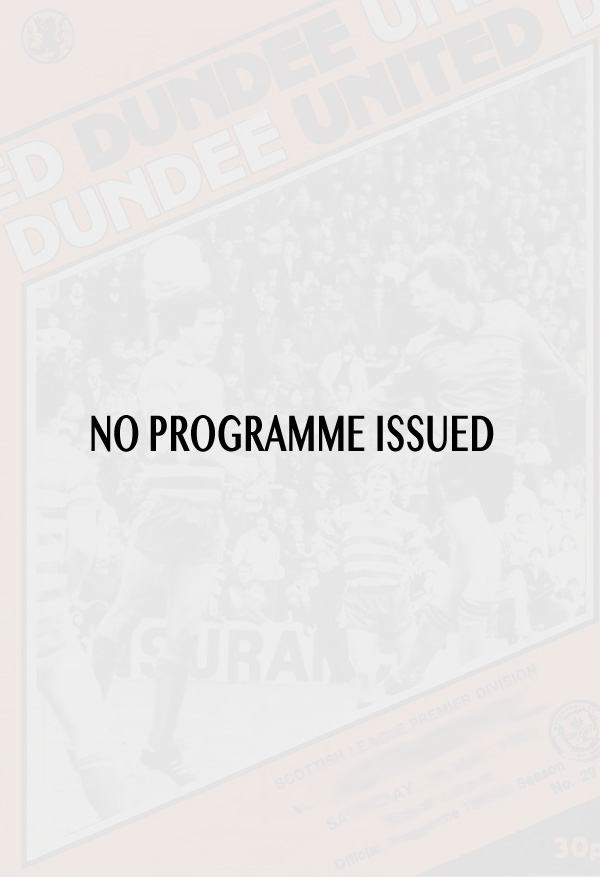 Several factors combined to produce Celtic's unexpected defeat by 1—0 at the hands of Dundee United at Tannadice Park. First of all, it seemed throughout the first half, when the Parkhead team had 90 per cent, of the pressure, that, they found the comparatively narrow pitch a disadvantage. It hampered their wing movements.

Apart from that, Celtic never struck their real impressive game. They swung the ball about, and then tried to finesse their way through the home defence by pure ball control. That did not come off because the home backs, Taylor and Penson, were at the height of their form, and stood on no ceremony.

Hughes, on the Celtic left wing, failed several times when very well placed. A. Thomson's centres were generally too high and strong for McGrory's head, while the centre himself failed to achieve success in three dashing solo runs, because the backs twice blotted him out, and McIntosh saved his shot on the third occasion.

The Celtic half-backs were fine constructive players, but that work all went for nothing at a time when the visitors should have been scoring goals, and when they had the blustery wind behind them.

United's great defence saved the day for them at that very critical period of the game, and the credit of the victory must go mainly to them.

It was a different story in the second half. United became such an extremely lively company that the Glasgow side could not settle down. Seventeen minutes after the interval the goal that brought the points to the home team was scored.

It was a well-taken goal. Kay slipped the ball ahead to Dyce, who quickly fired in a shot, just inside the post, which beat Kennaway, although the Celtic keeper touched it on its way to the net.

Even after that Celtic could not raise a big effort. They tried all sorts of attacks, but the home defence simply refused to be beaten, and with tackles and clearances kept the Parkhead forwards out. As a matter of fact, the home club's efforts to score were more dangerous than those of the unimpressive Collie.

The Dundee side won deservedly, they fought for the points, and although there were times when luck was slightly with them in the first half, their splendid defence, followed the second-half revival gave them the right to the points.

Celtic were not at their best; they took too long to realise that there was any possibility of United winning and ultimately were too late in sensing the mood of the home men.

Kennaway was fairly busy in the second half following a long spell of idleness. Cook and McGonagle made a sound pair of backs. McStay was the most prominent half, McGrory and R. Thomson the most progressive forwards.

Gardiner and Morris were notable in the home midline; while Brant, Kay, and McGlynn made a dangerous set of forwards. Apart from his goal, and a couple of shots, Dyet, the new home centre, was seldom seen.