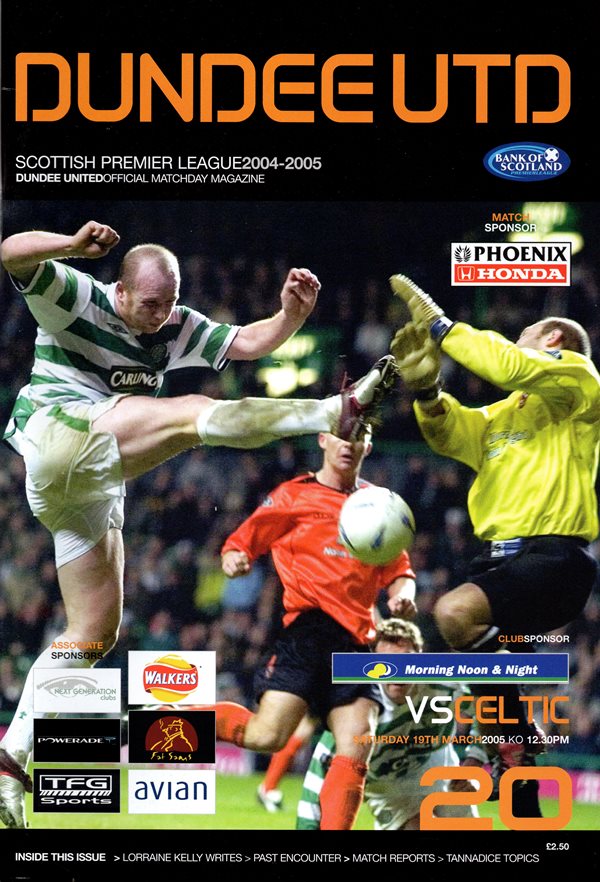 The home side enjoyed plenty of possession in the first half with some neat passing football, especially in the opening thirty minutes. But it was Celtic who looked the more dangerous, particularly through the pace of Bellamy. As early as the fourth minute the Welshman got on the end of a Hartson flick and Bullock had to produce a superb block. The striker opened the scoring just a minute later with a ferocious drive from the right of the box blazing into the top corner. He then almost doubled the lead on thirteen minutes as he sprinted clear of Ritchie but this time he was off target. United were almost back on level terms shortly thereafter when the best passing move of the game – involving Kerr, Brebner, Crawford and Robson – gave Duff a chance from 15 yards, but he volleyed over. The equaliser, when it did come, was simple route-one football: a long clearance from Bullock evaded the entire Celtic defence and McIntyre stabbed home from sixteen yards. Celtic were back in front again on thirty three minutes, another superb strike from Bellamy, on the turn, finding the top corner of the net. Varga almost added a third with a header from a Thompson free kick shortly before half time as the Hoops sought to kill the game off.

No changes at half time, and the same tremendous pace in the second half. United came out with all guns blazing for an equaliser. A deflected Kerr shot nearly evaded Douglas, then McIntyre almost headed home a fine Wilson cross from the right. With Celtic having survived the early pressure, they stepped up their search for the killer third goal, and began to dominate possession and territory. The whole United team ran themselves into the ground matching runs, blocking shots and making tackles as Celtic poured men forward. Then on seventy minutes, the battling defensive work paid off – Robson picked up the ball at the edge of his own box, Crawford and McIntyre combined and when Lennon failed to deal with the striker’s through pass, Robson completed his seventy yard dash by rifling the ball past Douglas from 20 yards. Yellow cards and substitutions followed as players and managers sought to swing the game their way. Bullock saved brilliantly from Sutton, and Bellamy missed narrowly. Both were involved in the winning goal with ten minutes left – Sutton’s flick put the Welshman clear and he completed his hat-trick with a clinical finish. United pushed for a third equaliser and a fresh-air clearance by Varga almost let Scotland in. Then in the fifth minute of stoppage time, with both teams down to ten men through injury, Robson blasted a left foot free kick towards the top corner. It seemed a certain goal – but Douglas pulled off a magnificent save to clinch the three points. 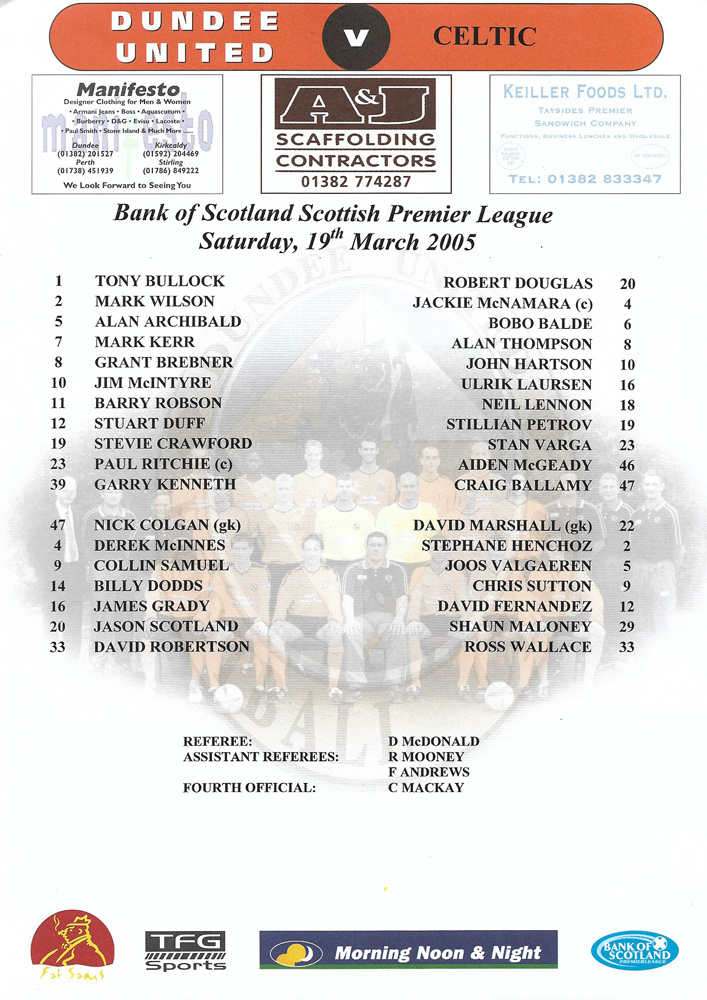