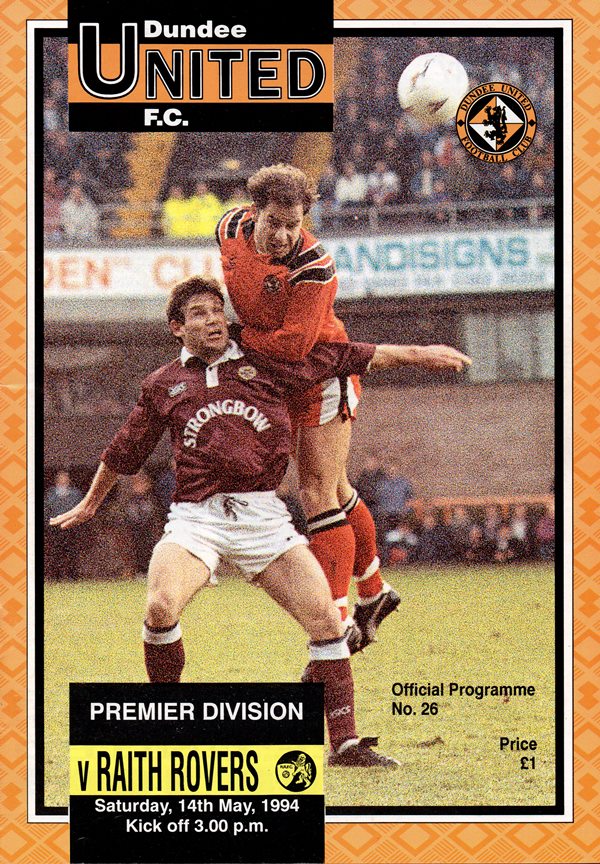 This match has no report. 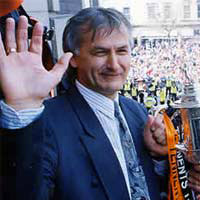 Our last three games have brought us three differing results and contrasting performances. In our last home outing with St Johnstone, we dominated the game, but missed a penalty and therefore had to be content with a point. At Motherwell, we played as well as we have done all season. From the way in which we started the match, it was clear there was only going to be one winner. Unfortunately, with the pressure off at Tynecastle last Saturday, we produced a display typical of the end of a long, hard campaign. The lads looked tired and sluggish, and consequently, were given a few days off this week as preparation for the build up to the Scottish Cup Final next week. Obviously, we went into the match against Hearts minus several players, and will have to do likewise this afternoon, because Brian Welsh and Andy McLaren are both still suspended. However, I expect the lads to finish the league season on a high and take both points from a Raith side, which though relegated, have won a lot of admirers with their commitment to open,attractive and attacking football.

As this is the last programme of the season, I would like to thank everyone of you for your support over the season and hope that we can repay this by bringing the Scottish Cup to Tannadice for the very first time next week. No matter what lies ahead at Hampden, I do believe that if teams finish on a high then they'll start the following one in similar style. I am already planning ahead for next season and am more than pleased with what has been achieved, but I am not satisfied. I'll be looking for a 25% improvement in our points tally, (unless, of course, there are three points for a win next season in which case it will be more!'), and hope to reach two Finals and not just one as we have done this season. Until next season enjoy the Cup Final, and the summer, and I look forward again next season.