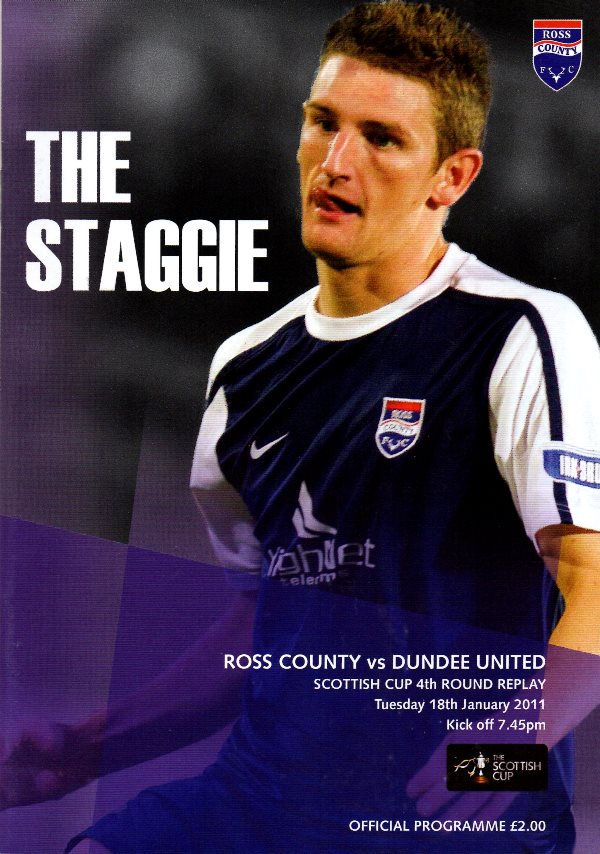 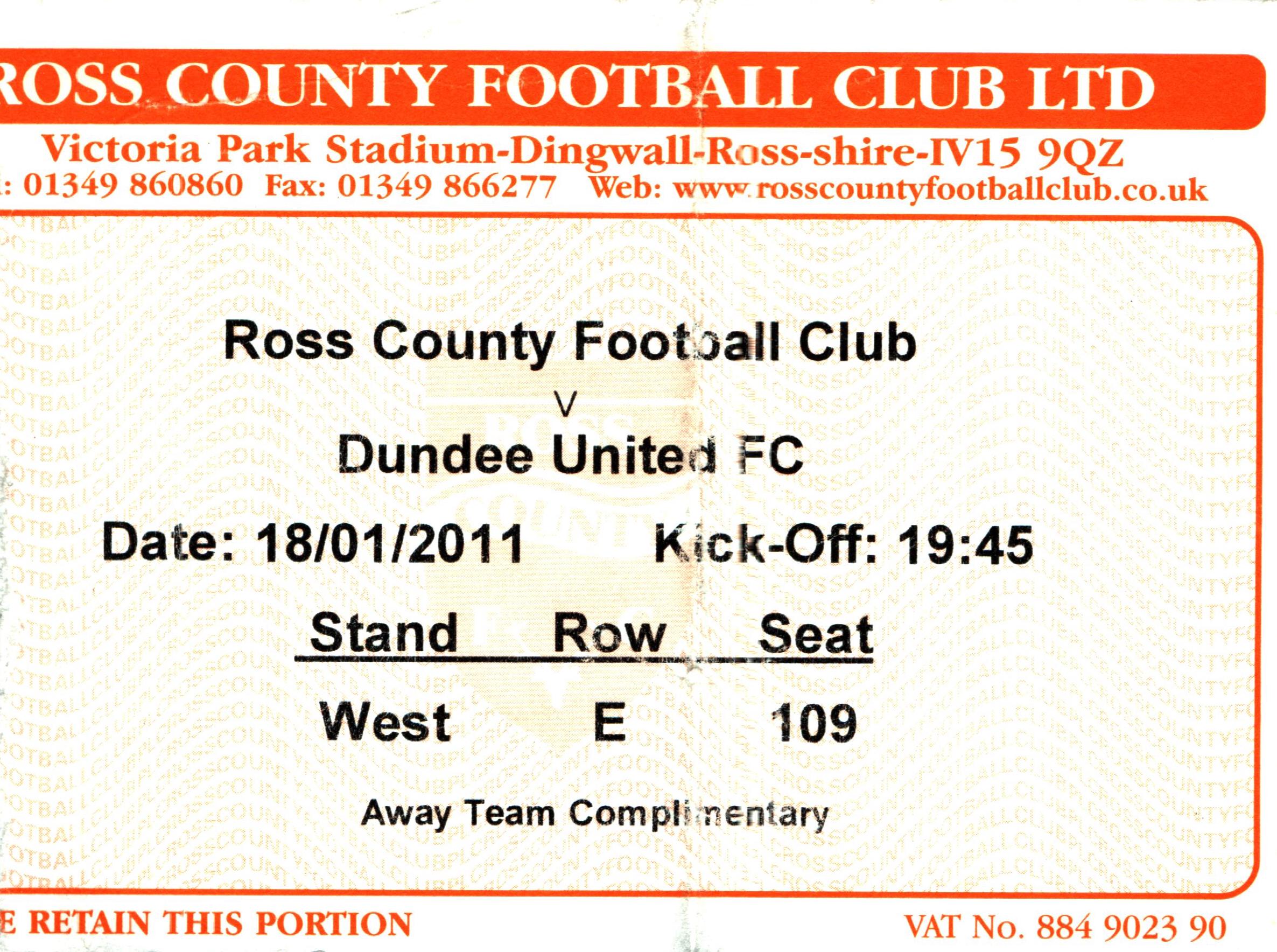 United's defence of the Scottish Cup ended in the high drama of a penalty shoot-out with a 4-3 penalty win, thanks to Steve Banks saving two penalties after keeping United in the tie earlier. The only change from the United side that performed so well against Motherwell was an enforced one, Steve Banks taking over between the sticks from the injured Dusan Pernis.

As you would expect. County showed more enterprise than they had done at Tannadice, testing Banks twice in the opening ten minutes. First he easily collected a Martin Scott shot from the edge of the box, but had to be alert to beat away Mark Corcoran's vicious in-swinging corner from the right. Almost inevitably, David Goodwillie was first to threaten for United, but former Tannadice keeper Michael McGovern had to get down quickly to hold Goodie's shot on the turn after 13 minutes. There was a blow for United just after 27 minutes, left-back Paul Dixon limping off to be replaced by Barry Douglas. Eight minutes later County were forced into a substitution, Goodie's attempted hitch-kick striking Jason Marr full in the face and Gary Miller took over. A scrappy first half came to an end with a spate of bookings - Stuart Kettlewell for County and United's Morgaro Gomis and Carry Kenneth going in the book.

As they had done in the first match, County made an enterprising start to the second half, Kenneth coming to the rescue with a clearing header off the line. But four minutes later United countered with their best effort of the night so far, McGovern diving to his left to cling on to skipper Jon Daly's cross from a Keith Watson cross. And shortly afterwards, McGovern was in the right place to stop a Goodwillie header. The tie was really coming to life and United were fortunate to avoid gong behind on two occasions inside as many minutes. First Steven Craig prevented team-mate Jonathan Flynn's header from going in and then Steve Banks denied Barrowman when he was through one on one. Peter Houston's response was to bring on Craig Conway, surprising for Kenneth, though it later transpired he had a dead leg, with Daly stepping back into defence. With the hosts piling up the pressure, the United defence had to hold firm and fortunately did. But with 20 minutes left, United who almost broke the deadlock, Conway just failing to get enough contact to a Keith Watson cross. Scott Boyd became the fourth player to be booked after scything down Russell two minutes later as United gained momentum. But County came storming back and with 15 minutes left Banks again earned his com by pushing away a Scott Morrison shot from distance. And as United lived dangerously they had their goal-keeping coach to thank for keeping them in the tie, touching efforts from Corcoran and Scott onto the woodwork. In an attempt to turn the tide, Houston brought on Scott Robertson for Gomis in midfield. Miller became the fifth player to see yellow with five minutes left after body checking Conway.

County introduced Gary Wood for Craig with two minutes left, but it made no difference with United just grateful to take the tie into extra time. United definitely had the edge in the opening period of extra time but without making it count in terms of chance creation. It was more of the same in the second 15 minutes with United unable to break the deadlock and so it was into dreaded penalties. David Robertson failed with the first, but Jon Daly, Buabin, and County's Brittain and Barrowman were all on target. But Banks then saved from Vigurs to level it and Douglas's conversion gave United the lead for the first time with Kettlewell replying to tie it all up again. Goodwillie found the top comer for United's fourth and the legs of Banks denied Morrison for United to sneak through. United's defence of the Scottish Cup ended in the high drama of a penalty shoot-out with a 4-3 penalty win, thanks Steve Banks saving two penalties after keeping United in the tie earlier.

Man of the Match: Only one candidate really - Stevie Banks. Before two penalty saves, he made a series of second half saves that ensured United stayed in the competition.