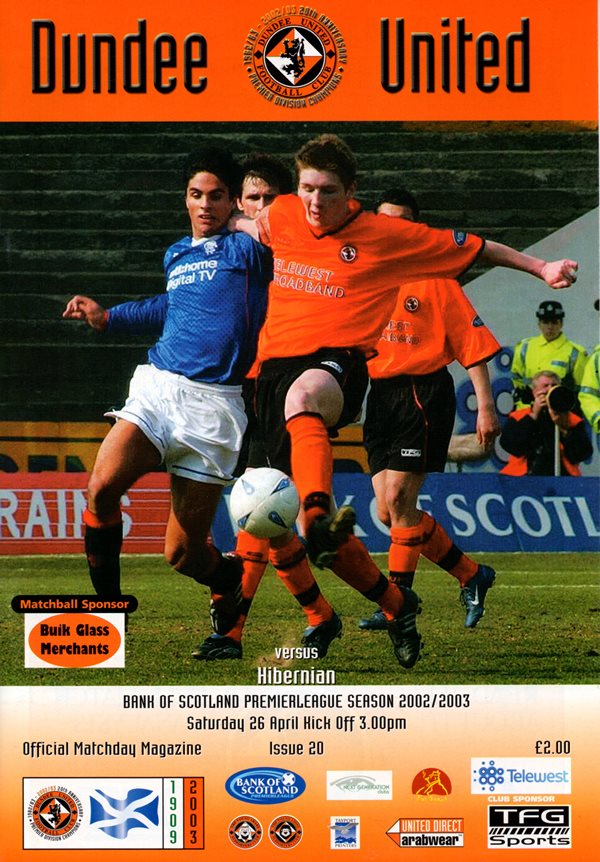 Following the heavy defeat to Rangers, the fit-again pair,of Derek Lilley and David McCracken were recalled to replace Craig Easton and Gary Bollan, the latter dropping to the bench.

Tam McManus recorded the first notable chance of the game, scooping well over the bar from close range for Hibs, before a Latapy free kick in the seventh minute was fired into the wall. The woodwork came to United's rescue twice seven minutes later when Grant Brebner's free kick was first headed against the bar by János Mátyus, then fired against the upright by McManus on the rebound. A mistake by Danny Griffin on 20 minutes let Garry O’Connor in for a scoring chance, but, after a strong run into the box, the Scotland striker shot wide. As the game grew scrappy on the poor Fir Park surface, United found the opener. A ball headed on by Derek Lilley was nodded back by Jim McIntyre for David McCracken to volley home his first goal of the season to hand United a 1-0 half time lead.

Hibs started the second half on the attack but it was United who had the first chance, Tod again with a knock on this time for Jim Paterson, who blasted over from close range. Paterson again, minutes later, screwed the ball wide following a strong forward run. Derek Lilley forced Nick Colgan into action shortly after with a chip and it looked as though United were in control until disaster struck in the 57th minute. Under the challenge of McCracken, McManus fell and Mike McCurry awarded the visitors a penalty kick; Tam McManus scoring from the spot. United built several, albeit fruitless, attacking plays in an attempt to regain their lead, bringing both Dodds and Smart on as substitutions, the former forcing a save in the 82nd minute. For United, Paul Gallacher was forced into a save at the other end from Riordan with just two minutes left on the clock. With the game in stoppage time, United suffered a hammer blow when Hibs took advantage of a defensive mix up to score the winner. As the keeper and Lauchlan approach the same ball, the Scotland stopper can only watch he ball drift through his legs as Ian Murray taps the ball home from a yard out. In the end, United came away from the game with no points but it could all have been so different, but for sloppy defending and some woeful finishing.