This shirt was prepared for Sean Dillon’s testimonial match against Hearts on the 21st March, 2017. The standard home shirt design for season 2016/17 was used but with some modifications to create a bespoke testimonial offering. Made from Nike's usual Dri-FIT fabric technology, the shirt maintained the two horizontal black stripes on the sleeves, but a gold Sean Dillon testimonial logo was heat pressed onto each arm.

With UK-wide estate agent McEwan Fraser Legal, adorning the standard kit, they were replaced for the night with a specific kit sponsor. Shepherd Chartered Surveyors adorned the front of the shirt, a logo which had the company name encapsulated in a large blue triangle. The Nike swoosh and embroidered club badge remained the same, and on the chest but between them was text marking the evening. The text read, ‘Sean Dillon Testimonial, Dundee United vs Heart of Midlothian, 21st March 2017. 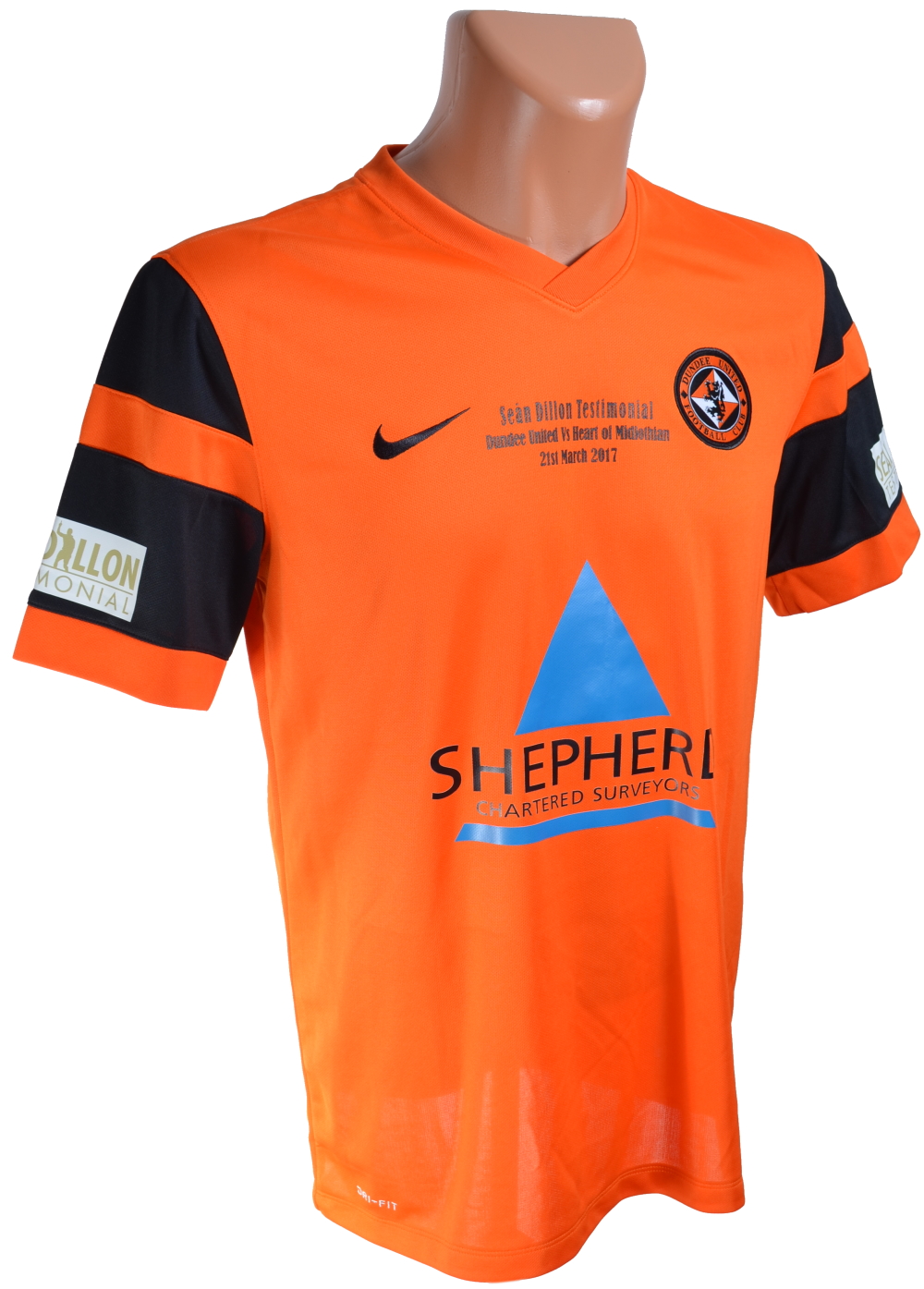